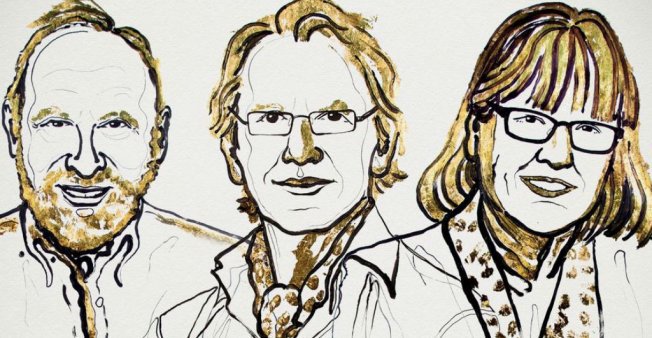 The prize was awarded to her along with Arthur Ashkin, Gerard Mourou and “for groundbreaking inventions in the field of laser physics”.

One half of the prize went to Arthur Ashkin “for the optical tweezers and their application to biological systems” and the other half went jointly to Gérard Mourou and Donna Strickland “for their method of generating high-intensity, ultra-short optical pulses”.

The inventions being honoured this year have transformed laser physics. Extremely small objects and incredibly rapid processes are now being seen in a new light. Advanced precision instruments are opening up unexplored areas of research and a multitude of industrial and medical applications.

“We scientists like to puzzle as to why something is working.”

Donna Strickland never worked as hard or had as much fun as when she was performing the research that led her to the 2018 #NobelPrize in Physics.

Arthur Ashkin invented optical tweezers that grab particles, atoms, viruses and other living cells with their laser beam fingers. This allowed Ashkin to move physical objects using the radiation realise an old dream of science fiction- using the radiation pressure of light to move physical objects. He succeeded in getting laser light to push small particles towards the centre of the beam and to hold them there. Optical tweezers had been invented.
Gérard Mourou and Donna Strickland paved the way towards the shortest and most intense laser pulses ever created by mankind. Their revolutionary article was published in 1985 and was the foundation of Strickland’s doctoral thesis.

ALSO READ: Check out the new look of OnePlus 6T