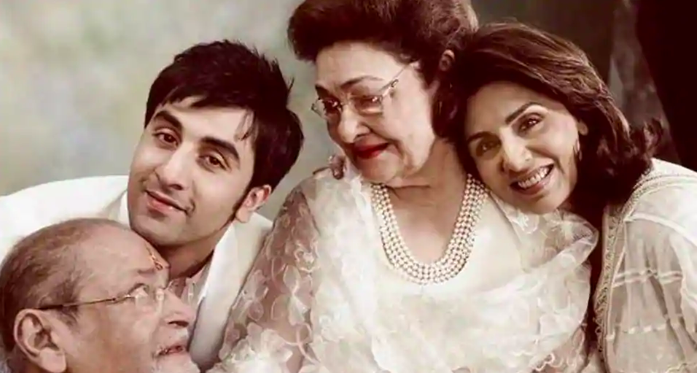 Krishna Raj Kapoor, wife of legendary actor Raj Kapoor died at the age of 87, after suffering from cardiac arrest. Her son, Randhir Kapoor confirmed the news to PTI and said, “My mother passed away at about 5 am today due to cardiac arrest…old age was another factor. We are deeply saddened by her demise.”

Randhir added that the last rites will be performed at Chembur crematorium. Rishi Kapoor’s daughter Ridhima also posted a tribute to her grandmother. She breathed her last at 4 AM in the morning.

I love you- I will always love you – RIP dadi ❤️

A post shared by Riddhima Kapoor Sahni (@riddhimakapoorsahniofficial) on Sep 30, 2018 at 8:07pm PDT

Many Bollywood actors paid tributes to her on social media:

.🕉🙏🏻🕉 Condolences to the entire Kapoor family. An era passes away,#KrishnaRajKapoor .God give you strength,and may the soul rest in peace. Om Shanti. @chintskap

Deeply saddened to learn the passing on of Krishna Raj Kapoor ji. A formidable woman, the Kapoor Khandaan anchor and an amazing human being. @chintskap @realnikhilnanda

Krishna Raj Kapoor was born as Krishna Malhotra and got married to Raj Kapoor in May 1946 and had five children- three sons, Randhir, Rishi and Rajiv, and two daughters, Ritu and Rima.