This is the time of the year when Mumbai seems possessed, as it buzzes with the ongoing Ganesha Chaturthi celebrations.
Almost every house has its own Ganesha statue installed. There are large pandals with giant statues that are worshipped by all. People wait for hours to just catch a glimpse of their beloved lord. 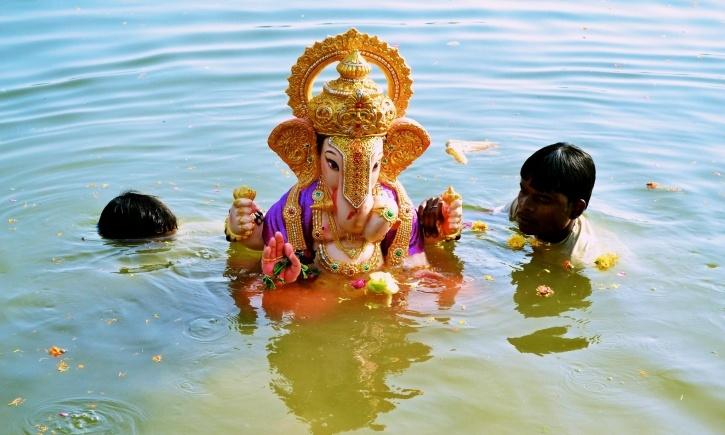 Processions with merriment, singing and dancing are seen all over the city, as they make their way to the sea side for the final immersion.
In short – celebrations and revelry everywhere!

Yet, while the people on the land rejoice, it’s the water world that loses out drastically. Thousands of fish, sea life, turtles, water snakes etc die because of the statue immersions.
The beaches of Mumbai are left flooded with filth, millions of chocolate packets, remains of coconut and other prayer material.

If this isn’t pollution and damage to aquatic life, then what is it?

The Brihanmumbai Municipal Corporation (BMC) along with Non-Governmental organizations have been struggling to deal with this menace over the years. 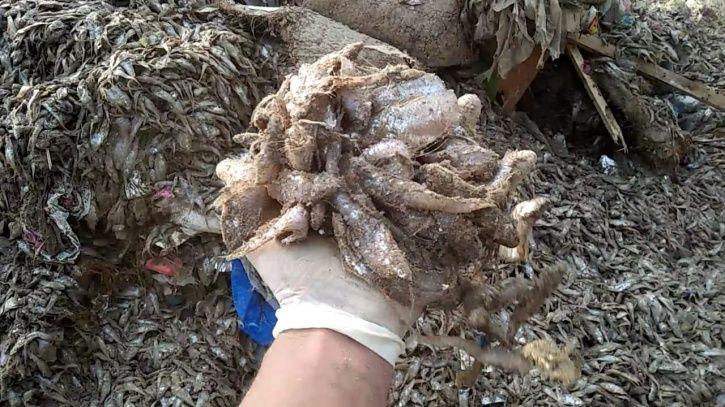 This year too, the story wasn’t any different. Thousands of dead turtles and fishes were washed ashore on Dadar and Juhu beaches. The reason behind this horrifying sight is the Plaster of Paris (PoP) that is used in preparing the idols, the lead in the paints and the flower offerings that are immersed in the waters of the Arabian Sea.

Broken idols of Lord Ganesha can also be seen strewed on the shore. It is indeed a miserable sight for city dwellers and people who have worked hard to clean up the beaches.

Chinu Kwatra, who became popular after he and his team helped clean the beaches of Mumbai, has started another campaign for this mess called ‘Save The Beach’.

According to him, many water snakes and fishes have died due to toxic chemicals that are present inside the PoP idols, as well as the overload of bacteria that is a result of the immersion of flowers, prasad and other offerings into the sea.

The paint on the idols contains chromium, lead, aluminium and copper, which dissolve and turn into toxic compounds in water. This damage the gills of the fish, the most important organ through which the fishes breathe. 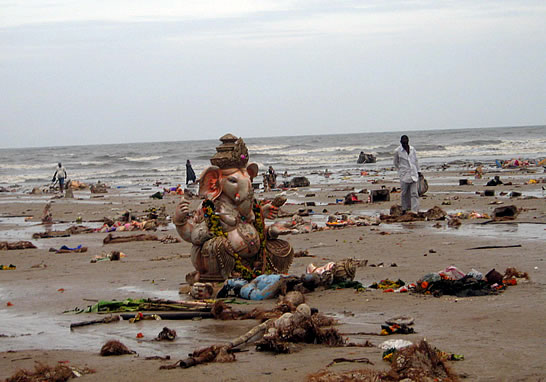 The group has, till now, picked up around 95 such idols that were thrown away on the Dadar beach. They were returned to the BMC to turn them into chalk.

Untreated sewage water, PoP idols, chemicals through other sources are eroding the biological oxygen demand for marine life to survive.

While the marine life is already bearing the brunt of Ganpati Visarjan, the eleventh day of this festival usually witnesses the highest number of immersions.
The citizens’ efforts to clean up the beaches have been successful since the last year, but their efforts get ruined with such happenings.
Festivals are not wrong, but the way they are carried out is questionable.