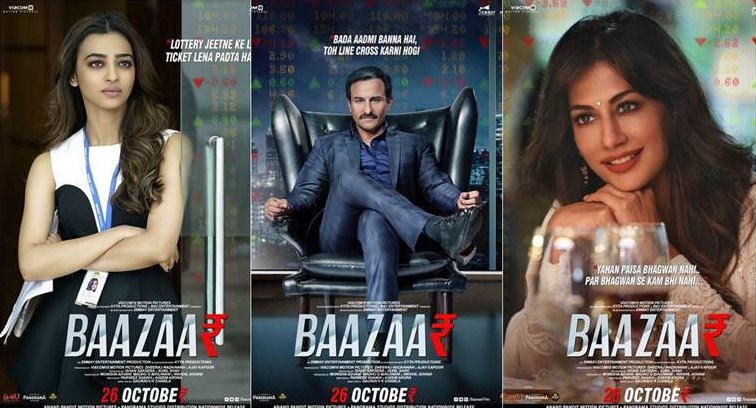 The trailer of ‘Baazaar’ is out!

In the motion visual, Saif’s character asks his friend “World-best marathon runner ka naam bata?” He doesn’t get a response so the actor then proceeds to ask, “Aur 100 metre champion?” His friend promptly replies, “Usain Bolt.” Saif then reminds his co-star that no one takes notice of marathon winners.

A tale of greed and love, Baazaar sees Saif who commands your attention with his piercing gaze and dramatic punchlines.

Directed by Gauravv K Chawla with a screenplay by Nikkhil Advani, Parveez Sheikh and Aseem Arora, ‘Baazaar’ is slated for October 26 release.