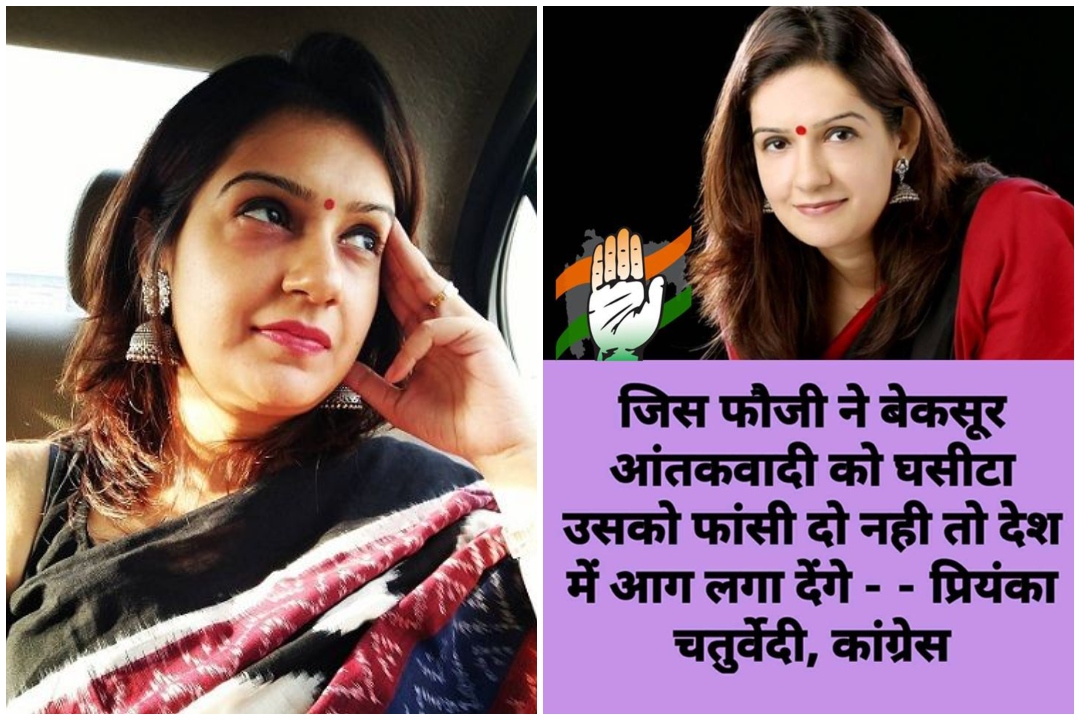 A quote post attributed to Congress’ national spokesperson, Priyanka Chaturvedi is making rounds on social media which reads that “soldier who dragged an innocent terrorist should be hanged.”

Translation: The soldier who dragged an innocent terrorist should be hanged, otherwise we will set the country on fire.

ALSO READ: This church in Spain did welcome Ganesha but not this year

The Congress spokesperson meanwhile has clarified via a tweet that she has not made the statement ascribed to her.

Another day, another fake quote attributed to me, yet again viral on Facebook.
Facebook is becoming a hub of lies and fake stories.
Get well soon wishes to those afflicted by liar-itis and fake-itis virus since 2014. https://t.co/w2e4pZFyou

On September 13, three terrorists belonging to the Jaish-e-Mohammed were killed in an encounter with security forces at Reasi district in J&K. After the encounter ended, the slain terrorists were chained and dragged by security personnel. It is in the context of this photograph that the quote has been attributed to Chaturvedi.