New Delhi: Issuing a stern warning to Lynch mobs RSS chief Mohan Bhagwat on Wednesday pitched for protection of cows, but disapproved of going against the law in the name of such vigilantism.

He also invited the Sangh baiters and those spreading disinformation about the Sangh.

“Come and see the RSS from inside, first look at Sangh and then make your opinion. We wanted to put forward the facts and I have done that,” he said.

He also sketched out his world vision, “the entire world needs the third way, and only India can provide that. It is for global benefit,” he said.

The Sangh head also said, “We have to reject the double-speak as there is no talk of violence by cow smugglers.”

He was replying to questions on cow vigilantism and mob lynching.

It is a crime to take law in one’s own hands, Bhagwat said on cow vigilantism and asserted there should be stringent punishment in such cases.

The question came in the backdrop of instances of alleged lynching by cow vigilantes in several states.

What was significant was that the RSS Chief cleared the air on the position of his organisation on Minorities and said that Muslims had nothing to fear.

In fact he cited the example of a Muslim who ran cow shelters to protect the cows.

These are the Quick takeaways on key issues:

On Hinduism and being inclusive

Every Hindu’s soul believes in unity that is the reason we are uniting all Hindus.

The caste system is not a system. It is going to go away, Lock stock and barrel. All those who create inequality should go out we never ask for caste in RSS. In today’s sangh all castes are represented. 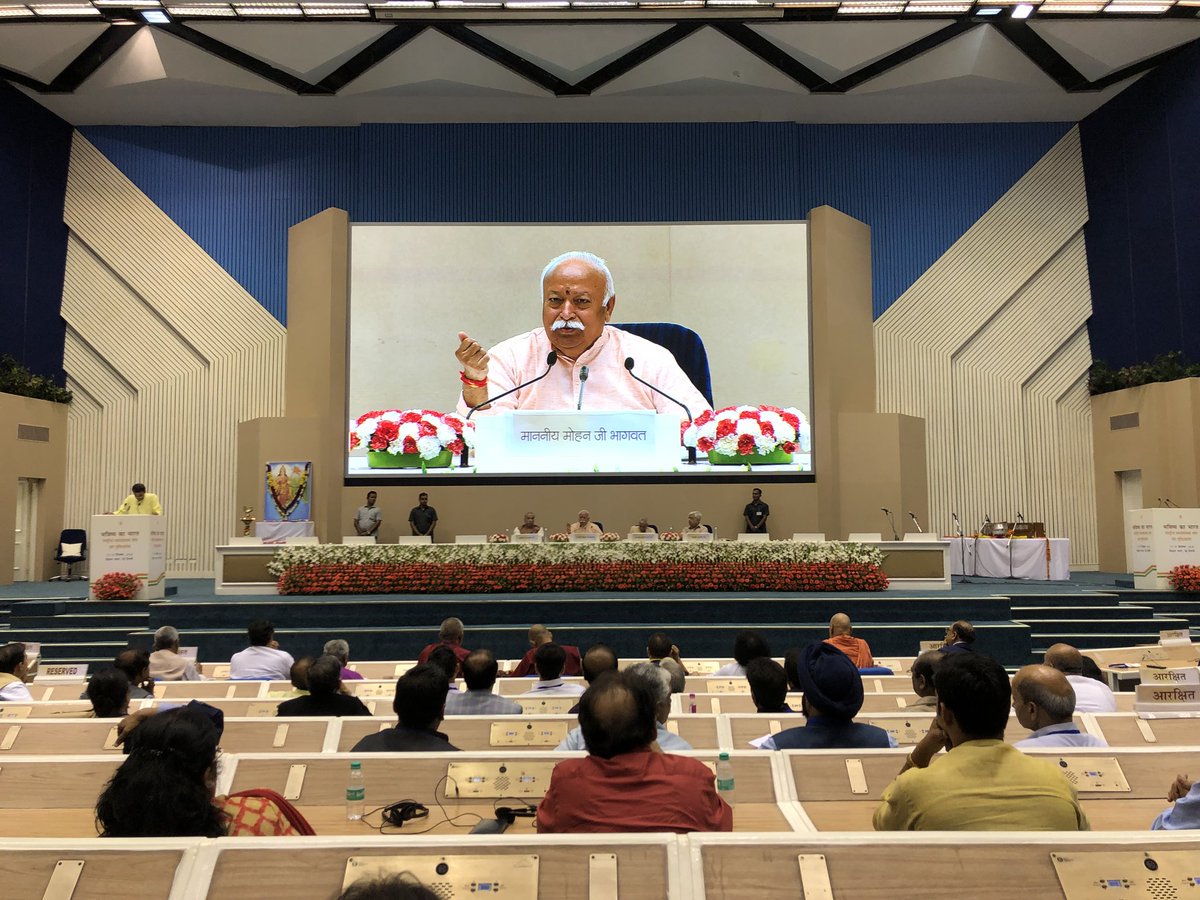 Our education policy should absorb India’s cultural heritage, The standard of Educators is going down not the standards of education.

Our research is going down, subject experts are going down. We need to create a good model, We hope New Education policy would absorb that.

We have to develop and train our young women. We have to change the mindset, and we should sensitise people to respect women. Self Defence for women must be encouraged. In school and colleges, girl must be trained. We will make it a national mission. Guilty must be punished but society must be vigilant. We need to create the right atmosphere and we all need to work together towards that.

On laws against Conversion

If all the religions are the same then why should you need conversion. Even if they are converting there is some other motive. God cannot be sold in a market, he said hitting out at those indulging in conversion. 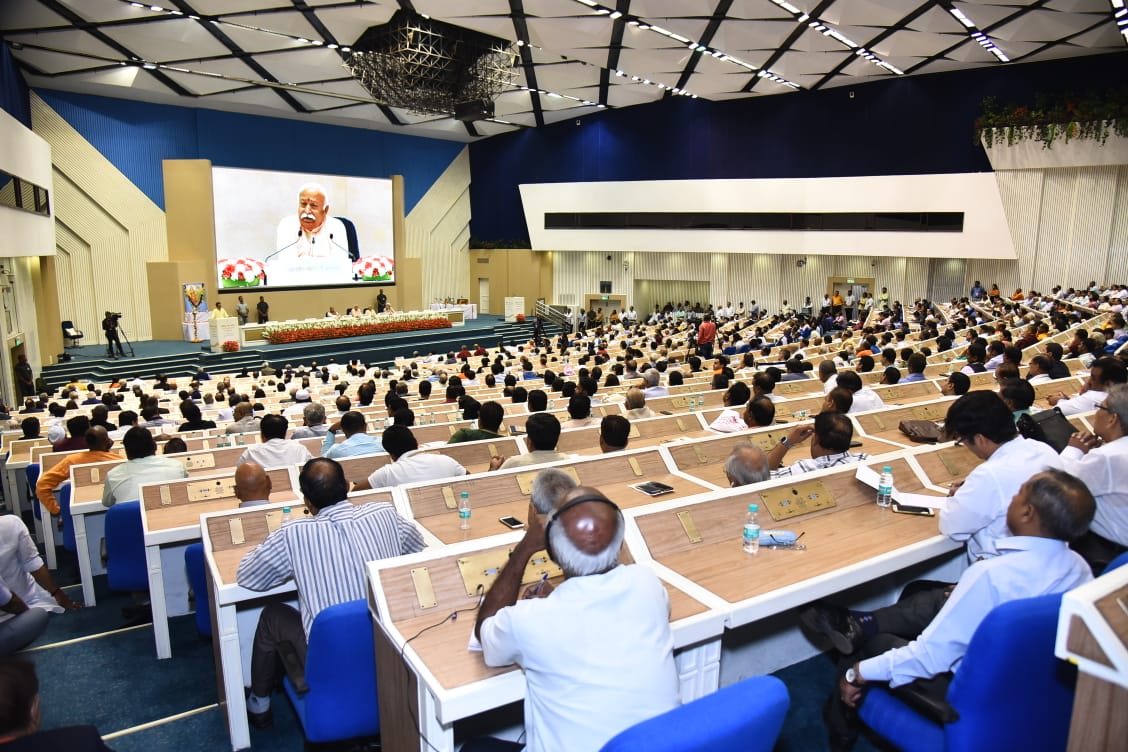 The population also gives working hands. We have to review our population and create a fifty-year projection for food, shelter, housing and sustainability.

Demographic balance is important. And a population policy must incorporate this. And that policy must be applicable to all. We have to create a public consensus.

Infiltration must be tackled demographic balance happens because of that also

We support the reservation as enunciated in the constitution. Politics of reservation is the problem, not a reservation. 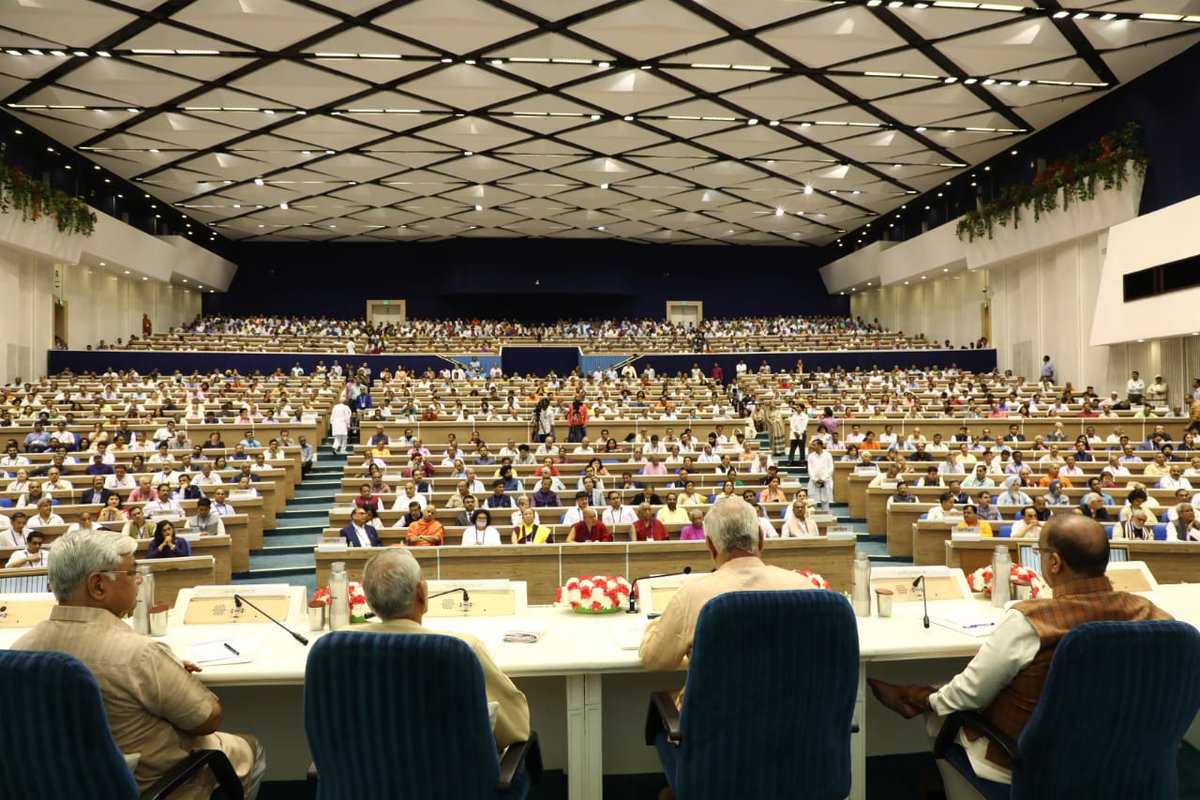 On Homosexuality and Section 377

Times have changed so we need to take it. We need to make sure that society is healthy and those practising this shouldn’t be isolated.

On Minorities and on fear amongst Muslims

We have a reservation on the word minority and all are our people. I invite them, Come and see the Sangh from inside, Muslims will feel more secure near a Sangh Shakha. We stand for nationalism. We stand for worshipping your motherland. You should come and see and if something is wrong then ask us. We will not hesitate to call ourselves Hindu. We are for culture, motherland. Sangh is not a closed Organisation and we are changing. 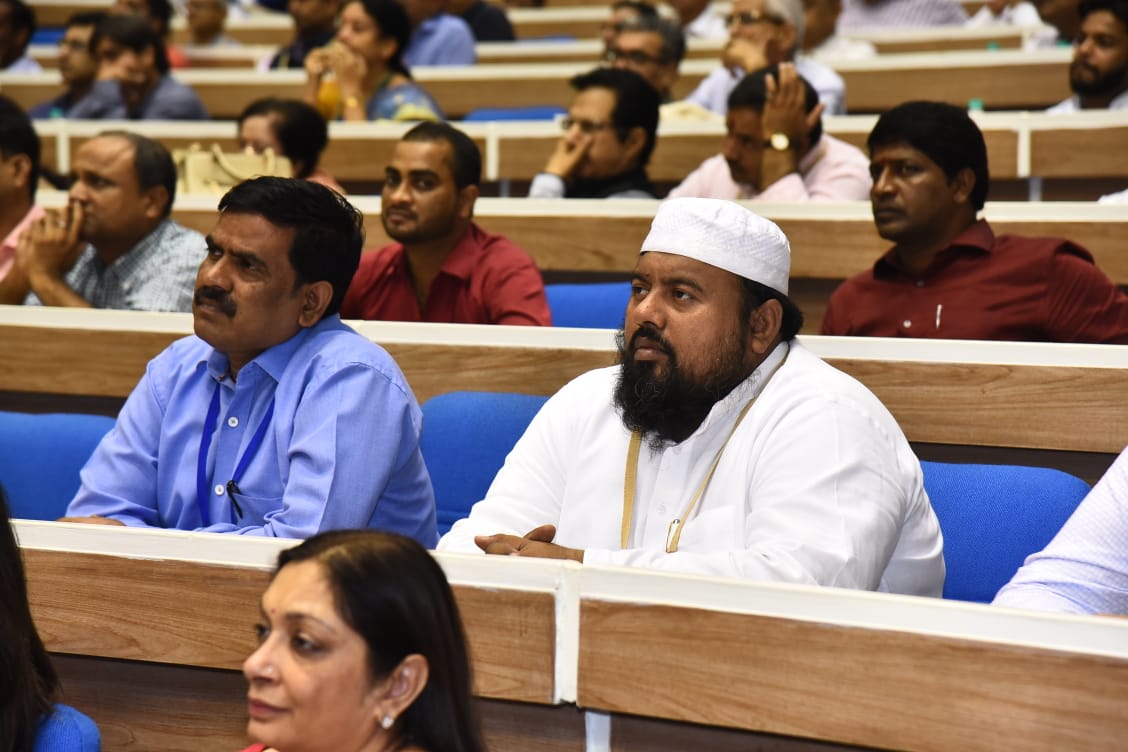 On Jammu and Kashmir situation and on Article 370

We feel that article 370 shouldn’t be there, for ease of governance, security of country if the then government feels that it is required they should take a view on splitting the state into three parts.

On tackling Terrorism we need to ensure that the development agenda and the transparent regime is there and that the future is bright must be the message for all citizens.

India’s unity is paramount, government and people must ensure that trust and development must go on. Those who are speaking against the country so there is a need to sensitise the society that will ensure a terror-free society.

One country and one law is required. For national unity it should be. Implemented gradually without dividing the society.

Presidential System of Governance And NOTA.

We are citizens of one country we are not minorities or
Majority. We should seek a consensus if required but the world’s most well regarde democracy is India the system has worked very well. 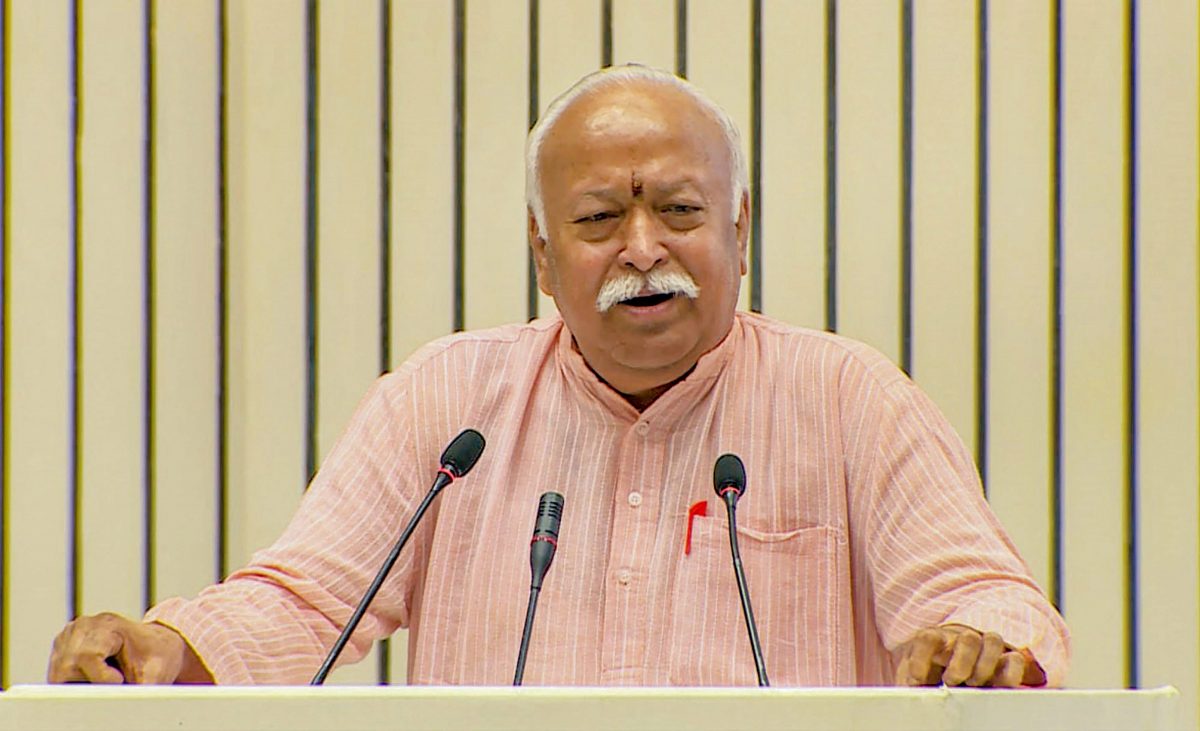 NOTA shouldn’t be used use it for available best Sangh and politics. We will consider if someone else asks for a Sangathan mantri. We were against emergency there were people like We are for a policy not for a party.

No one can use the RSS, You will become a Sangh Walah if you stay in the RSS.

We should have a dialogue, I want that a temple should be constructed soon at ram janmabhoomie. A lot of people consider ram as ImameHind. There should be a temple, and the temple should be there. If this happens Hindu Muslim friction will end. In whatever way it can be built it should happen as soon as possible.

We shouldn’t hesitate to change about crackers causing pollution. Earlier it was a tradition but, if it is a nuisance then change it but it should be done for the festival for every community.

The essence of democracy is consensus and we take decisions by consensus.

LGBTQ people are an integral part of society cannot be sidelined.