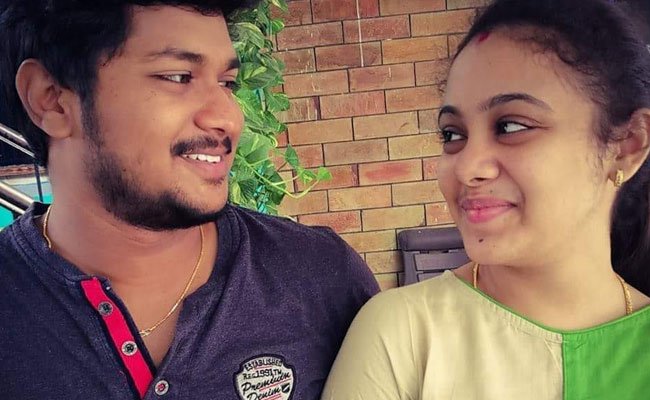 Telangana: A young man from Telangana who was walking out of a hospital with his pregnant wife was hacked to death. According to the sources, it was an honour killing for the fact that he had an inter-caste marriage.

The chilling murder was captured on the CCTV camera. Pranay Kumar was walking out when an unknown man attacked him from behind with a machete, killing him. Massive protests erupted in Nalgonda district over the brutal murder demanding justice.

Amrutha, 21, fainted due to shock on seeing her husband murdered and was rushed to hospital. Later the woman gave a statement to the police that she suspected the role of her father and brother in the murder because they opposed her marriage.

“I have no intention of aborting my baby. Pranay’s baby is my future,” she said, breaking down. “Pranay was such a nice person. He looked after me so well, especially after I became pregnant. I don’t know why caste is so important in this time and age,” she added.

The girl’s father Maruti Rao, a businessman, and her uncle Shravan have been named as the main accused in the case. Both the men have been arrested.