Home Home Slider The ‘banana’ Ganpati was created in Odisha NOT Goa and that too... 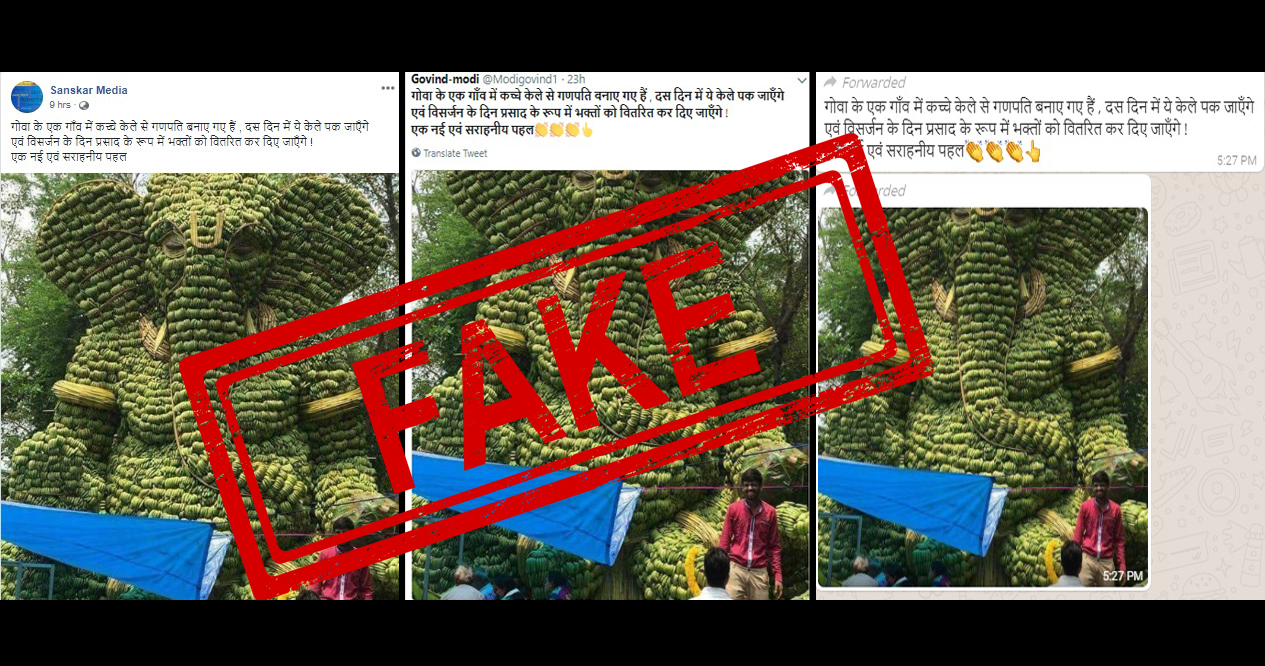 A picture of Ganesha made of raw banana and bamboo is going viral on all social media platforms.

The message accompanying the picture claims that the idol was made in Goa this year.

‘A village in GOA created this Ganpati from raw bananas and bamboo. In 10 days, bananas will ripen and will be distributed among people as Prashadam’ 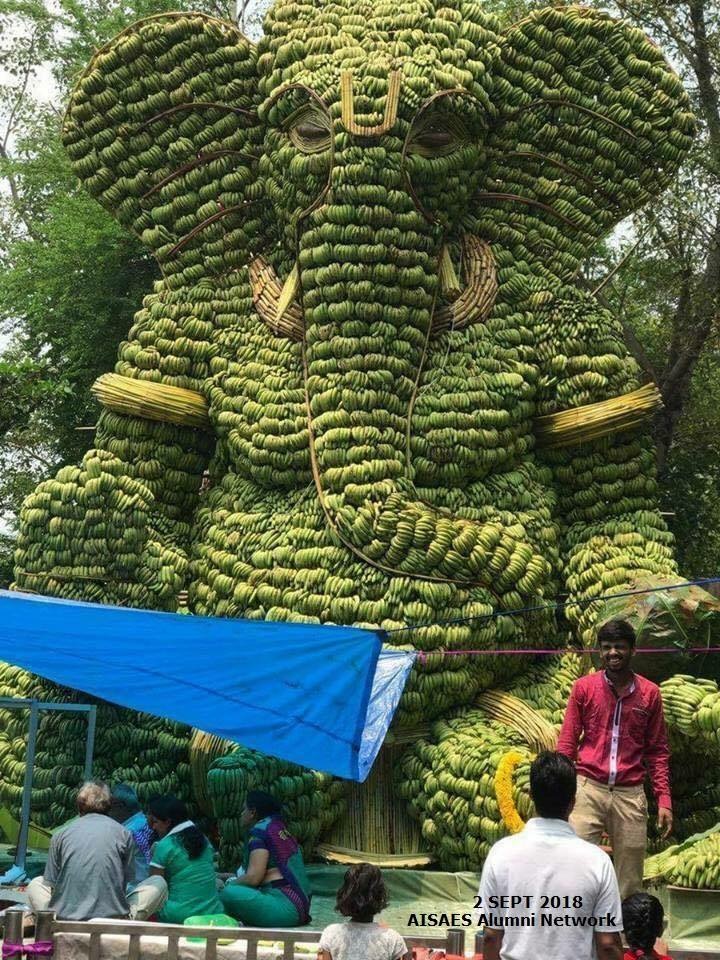 According to the message, after the bananas ripen, it will be distributed as ‘Prashad’ after 10 days.

The same message is being circulated with Hindi caption also.

The 25 feet idol in the picture was actually made in Odisha’s Sambalpur by the members of Nataraj club in the year 2017.

Talking to NewsMobile, Adarsh Rathi, a member of Natraj Club said that this news is fake and the idol was built in Sambalpur, Odisha. 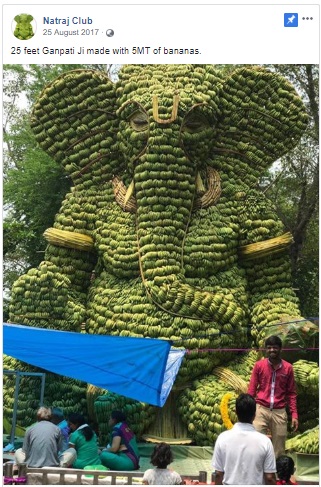 When NewsMobile asked what was done with the bananas, Adarsh said that the bananas were indeed distributed. ‘After 11 days, the bananas ripened and were distributed among the people during Visarjan. Along the path, we distributed the bananas from the idol to all those who were the part of the procession,’ he said.

1) The event did take place

3) The location in the current message is incorrect. The banana Ganpati was made in Odisha

4) The outcome is as reported – bananas were distributed

This is not the first time a message about past event or deed has gone viral. Messages on social media are usually forwarded in good faith. At NewsMobile we believe it is best to get them fact-checked. If you have a message that needs verification, write to us at [email protected] or WhatsApp it on +91 8826800707.