In a good news for car enthusiasts, Fiat has unveiled its refreshed version of the 124 Spider which will come with a number of new options and styling cues such as an optional dual-mode exhaust system for a better sound and customizable headlines.

The new dual-mode exhaust system is one of the most intrinsic changes to arrive with this relatively mild refresh, but even then, it’s only an option for the top-of-the-range 124 Spider Abarth. The stainless-steel exhaust system delivers quiet operation when the car is idling and when the throttle is only lightly applied. However, when the driver steps on the accelerator hard, and the Abarth clears its throat courtesy of a valve inside the system that closes off the muffler, it makes the Fiat sound a lot louder, faster and more aggressive than it really is. Named the “Record Monza Exhaust” by Fiat, the dual-mode exhaust is an optional extra for the 124 Abarth Spider, but despite sounding sensational it doesn’t actually have any effect on the car’s performance. 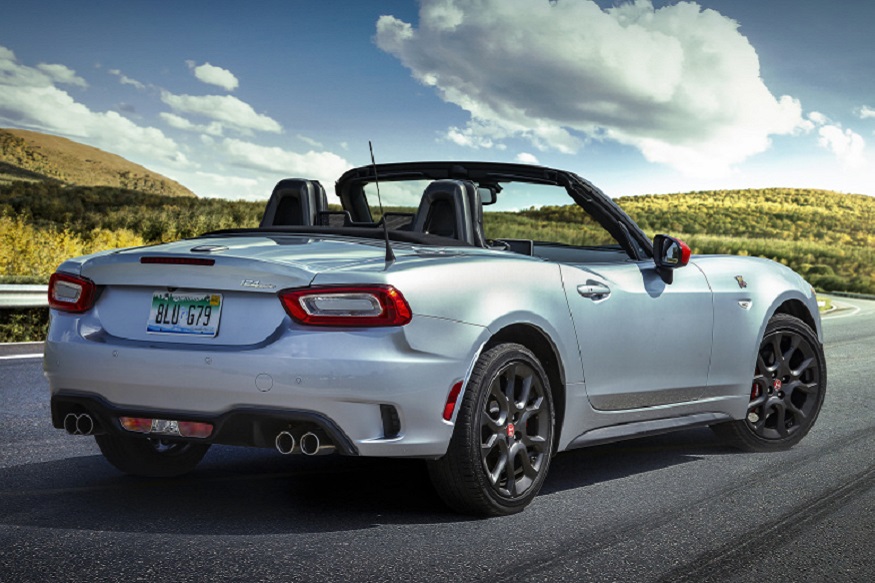 Other changes for the 2019 model year include the addition of an optional appearance package for the 124 Spider. Choosing the upgrade package adds red-painted trim to the mirror caps, rear lower fascia lip and front tow hook, and some Abarth-branded floor mats and an aluminum footrest complete the Veleno package.

As well as the customizable headlining, further personalization will be possible thanks to the availability of a “Double Rally Stripe” for the Classic trim of the 2019 124 Spider. The stripe can be selected in red or white, and if you want to add it to your 124 it will cost you an additional $295.

What doesn’t change this year is the powerplant under the hood of the 124, which is Fiat’s turbocharged 1.4-liter inline-four producing a reasonable 164 horsepower.

This section of the market is inevitably still dominated by the world-beating Mazda MX-5, which has also suffered in the past from the same criticism models like the 124 and the Toyota 86 also get, which is a relative lack of power. While all three are undeniably great to drive, most enthusiasts would admit to wishing for at least a little more raw power being made available. In this respect, Mazda has a lead on its Fiat rival as the 2019 MX-5 adds an additional 26 horses for a new total output of 181 horsepower.