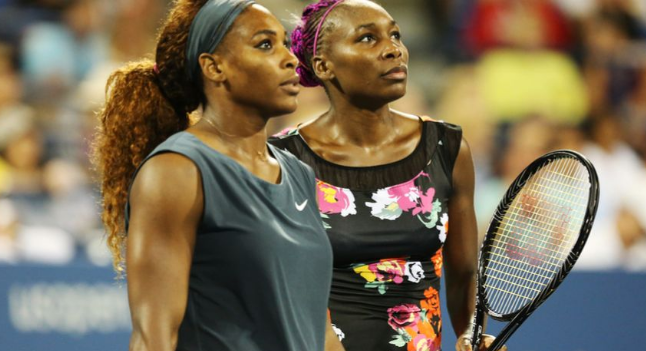 The Williams sisters will face off their 30th sibling rivalry meeting when they compete at Flushing Meadows in the third round of the US Open 2018 on Friday.

“The last time we played in Australia it was 2 against 1, so at least this time it will be fair…”

When it came to younger sister Serena (36), her only hope is that people will cheer on either one of the Williams sisters.

“Cheer for me…or Venus..either one will work.”@serenawilliams shares a few words about her upcoming clash against Venus…

We’ll be on the edge of our seats in the meantime.https://t.co/zUjH8xQd4X pic.twitter.com/qyOVtJjrVf

Currently, Serena (a 23-time Grand Slam champion) holds a 17-12 advantage in their competition, 10-5 of which are Grand Slams. The siblings have gathered a combined 30 Grand Slam singles titles.

Meanwhile, Serena Williams surprised everyone when she said she won’t celebrate her daughter Alexis Olympia’s first birthday this Saturday — or any, for that matter.

“We’re Jehovah’s Witnesses, so we don’t do that,” the 36-year-old stated at a U.S. Open press conference.

Jehovah’s Witnesses, the religion is a form of Christianity that follows both the Old and New Testament of the Bible. It sees Jesus as the son of God and saviour, but do not believe he’s the “Almighty God.”

“Followers of the church don’t believe in celebrating birthdays because we believe that such celebrations displease God. Although the Bible does not explicitly forbid celebrating birthdays, it does help us to reason on key features of these events and understand God’s view of them,” the official website for Jehovah’s Witnesses reads.

The Williams sisters converted in the early ’80s, according to a Washington Post, after their mother Oracene Price.