Home Home Slider No need to worry, banks won’t be closed for six days in... 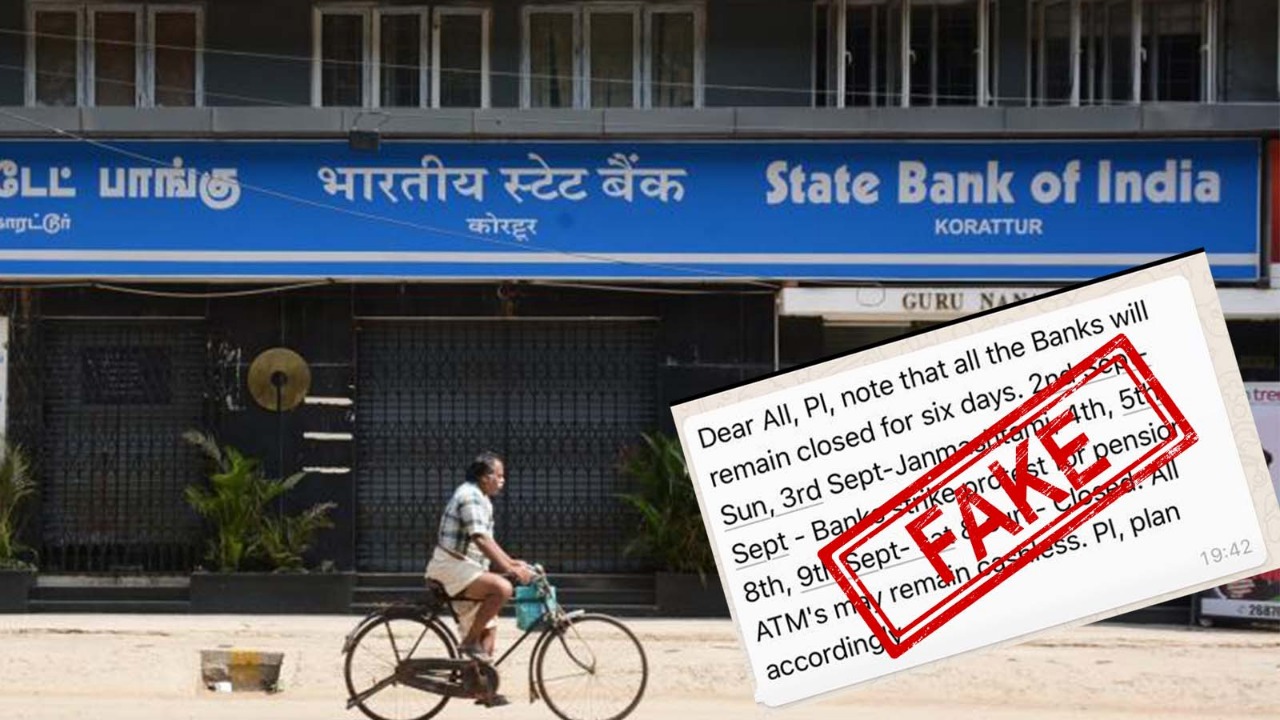 A WhatsApp forward has created a sense of panic among the people as it claims that the banks across the nation are going to be closed for six days in September creating confusion among the customers. 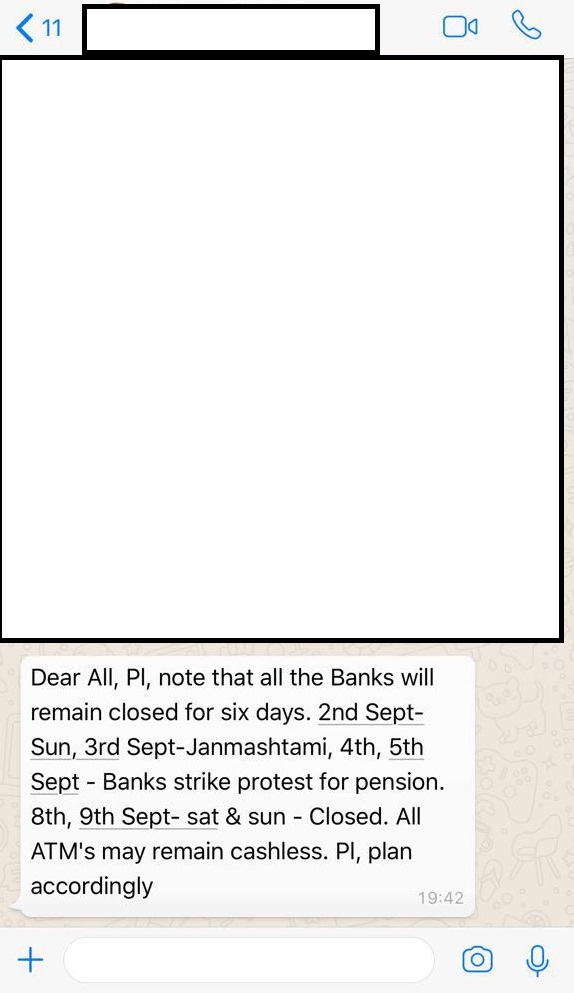 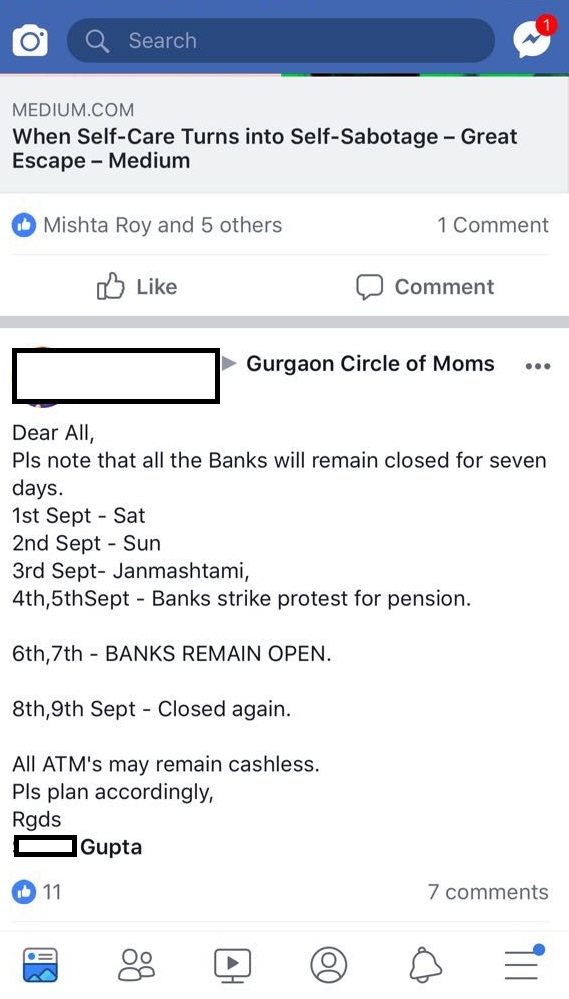 ALSO READ: Terrorist was not arrested at Jaipur airport; don’t believe the hoax

There is no need to panic as the above forward is FAKE. Though, it is true that Sunday, September 2, is a bank holiday. But, September 3, Janmashtami, is not a gazetted holiday in all states.

“It has come to notice that a rumour is circulating in several sections of the social media that banks will be closed for 6 days in the first week of September 2018, causing undue panic among the general public,” the ministry said in a statement.

“Banks will remain open and banking activity will continue unimpeded in the first week of September. Banks will only observe holidays on Sunday, 2 September and second Saturday, 8 September. Monday, 3 September is not a pan India holiday and banks only in some states where a holiday is declared under the Negotiable Instruments Act, 1881 will remain closed,” the statement added.

“The message going around in the social media that banks will be closed for six days in the first week of September due to holidays and bank strike is not correct,” National Organization of Bank Workers Vice President Ashwani Rana was quoted by newswire IANS.

Meanwhile, the strike on September 5 and 6 is called by the Reserve Bank of India (RBI) employees, pressing their long-pending demands over pension-related issues. However, it will not affect the functioning of other banks.

“It’s only the RBI employees who are going on mass casual leave on September 4-5 for demands related to Provident Fund and pension. This will not have much impact on the day-to-day operations of the other public and private sector banks,” Rana added.
Banks in Delhi and Mumbai will remain open on Monday, September 3, the day of Janmashtami, banks in some states would be shut. September 8 is, however, the second Saturday and thus a holiday.
“Monday, September 3, is not a pan-India holiday for banks. Banks in some states will remain closed as per the Negotiable Instruments Act. This, however, will not impact the online banking transactions nor it will affect the operation of ATMs,” an HDFC Bank official quoted in a report.