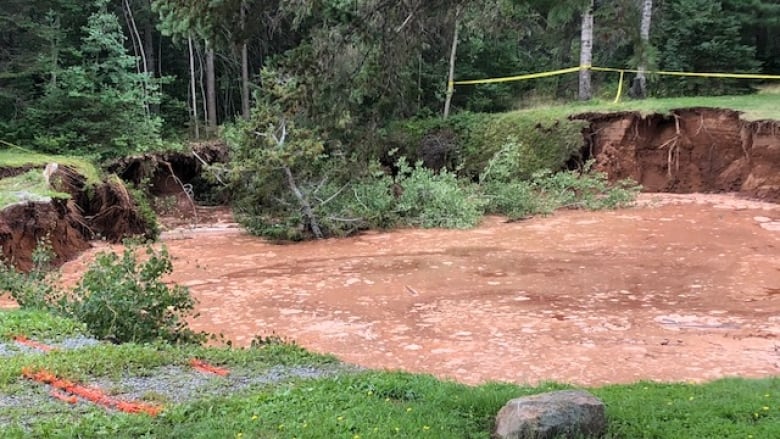 A giant sinkhole that opened in the town of Oxford, in Nova Scotia Canada has left locals and business owners in surrounding areas extremely worried about their land and property.

The sinkhole, which is roughly 34 meters long and 28 meters wide and expanding, has already destroyed several tree’s, boulders, and is inching closer to the nearby a gas station, a coffee shop and a sports and recreations club. Park managers were forced remove play structures from the club’s park on Monday.

There are growing concerns that the Lions Club building might be swallowed by the sinkhole.

Sinkholes are usually formed when water erodes underground minerals and rocks, causing the land to sink into itself. Sinkholes are very difficult to control and prevent, and can often become very large. The largest ever sinkhole in recent times is the Qattara depression in Cairo, Egypt, measuring roughly 80 km long by 120 km.

Officials in Canada are providing assistance and equipment to locals in the area. Although it is a big safety concern for locals, for others, it is a tourist attraction. People have flocked from all over the Nova Scotia province to observe the unusual sight.