Home Home Slider Stalwart of US politics, Senator John McCain, passes away at 81 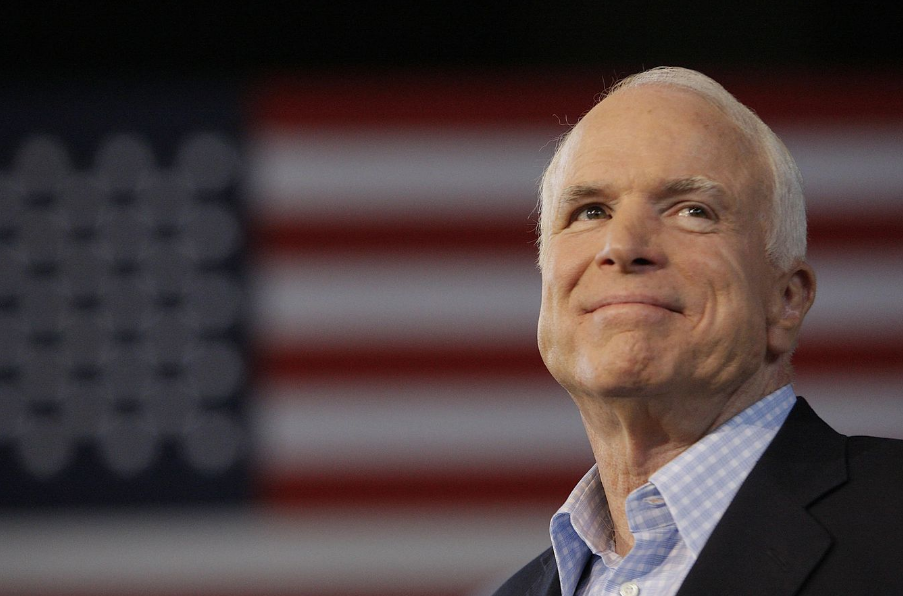 John Sidney McCain III, the US Senator from Arizona, who held national office for over 30 years and had a prolific military career succumbed to brain cancer on August 25th, 2018, just four days before his 82nd birthday. He was diagnosed with primary glioblastoma, a brain tumour, and was operated upon to remove a blood clot, in Phoenix, Arizona.

The news was confirmed by McCain’s daughter Meghan McCain, who posted an emotional post on Twitter, captioned ” I love you forever – my beloved father @SenJohnMcCain”

McCain was diagnosed with primary glioblastoma, a brain tumour, and was operated upon to remove a blood clot, in Phoenix, Arizona. Earlier in April, McCain underwent surgery once again to treat an intestinal infection related to diverticulitis.

McCain was the son of John McCain II, a high ranking naval officer who also served in the military, and played an important role in World War 2 and the Vietnam War. McCain followed his father’s footsteps and served in the military for over 20 years. He was captured by Vietnamese forces in 1967, and was subjected to immense torture for 5 years before he was released. After returning, he set his sights on politics, and soon became a high ranking senator in the US Congress. He served in several important committees, and played a notable role in many landmark legislations.

His friends and colleagues in the Senate fondly referred to him as the Maverick, for being completely independent, sticking to his guns, and seeing all his plans through to the end.

Considered as a critic of Donald Trump, McCain had called on the US President to cease his attacks on the American press, when he was undergoing treatment in his home state. He also called the Trump administration’s attitude towards the press “inconsistent at best and hypocritical at worst,” in an op-ed published in the Washington Post.

Although Trump did post a brief condolence message, he faced tremendous backlash as had said some extremely hurtful and offensive things about the decorated war hero and politician. In fact, their relationship was so bad that Trump has been specifically asked not to attend McCain’s upcoming funeral. This is a first for any president in history; current Presidents have always been invited to the funerals of national politicians.

My deepest sympathies and respect go out to the family of Senator John McCain. Our hearts and prayers are with you!

Tributes poured in from all politicians, celebrities, and citizens who knew and admired his courage, conviction, and selfless dedication to the nation. Despite their political opposition, people came out to laud him as an exemplary statesman and soldier. Former President Barack Obama, who faced McCain in the 2008 Presidential Elections, released a statement on his passing.

.@SenJohnMcCain lived a life of service to his country, from his heroism in the Navy to 35 years in Congress. He was a tough politician, a trusted colleague, and there will simply never be another like him. My thoughts and prayers are with Cindy and his entire family.

Senator John McCain was an American patriot and hero whose sacrifices for his country, and lifetime of public service, were an inspiration to millions. Canadians join Americans tonight in celebrating his life and mourning his passing.

McCain’s death leaves a void in politics now; he was considered to be a bipartisan, fair, and compassionate voice in these very difficult and divisive times. His successors in the Senate surely have big boots to fill.