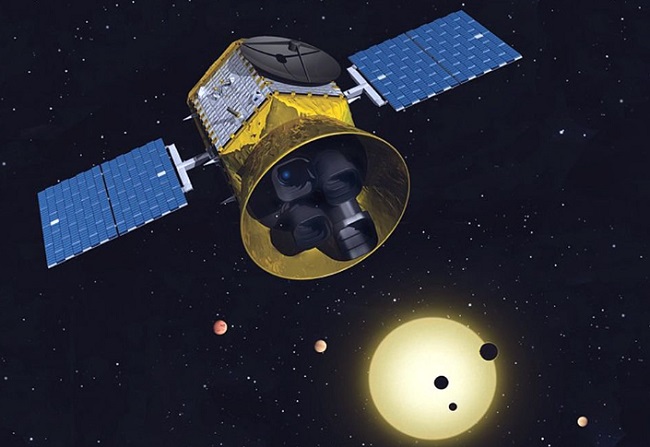 NASA scientists have confirmed the presence of ice deposits on parts of the moon, using data from the Indian Lunar Probe, Chandrayaan I, which was launched 10 years ago.

The probe used ‘Moon Mineralogy Mapping’ technology to determine and confirm the presence of ancient ice deposits on the surface of the moon. The technology which was developed by NASA allows probes to not only detect the reflective properties of water, but was also able to determine the way its molecules absorb infrared light.

In the darkest and coldest parts of the Moon’s poles, ice deposits have been found. At the southern pole, most of the ice is concentrated at lunar craters, while the northern pole’s ice is more widely, but sparsely spread. More on this @NASAMoon discovery: https://t.co/kvjPbMrEWK pic.twitter.com/ZkVFyKrOB6

The ice is believed to be very ancient, since it was found in craters near the poles of the moon, where there is never any sunlight, and temperatures never go above -156°C.

ALSO READ:Water under the bridge? Mars has liquid water

This finding opens up the possibility of new expeditions to explore the moon once again, and perhaps even stay there, since this water source is much easier to access than the water beneath the Moon’s surface.

The Chandrayaan probe was launched in October 2008, with a two-year goal to explore the surface of the moon. Although it was marred by several technical difficulties, and was even declared lost because it stopped sending radio signals, it was able to complete 95% of its mission in the two years after its launch. In 2016, several years after ISRO declared the mission over, NASA was able to relocate the probe using ground based radar systems.