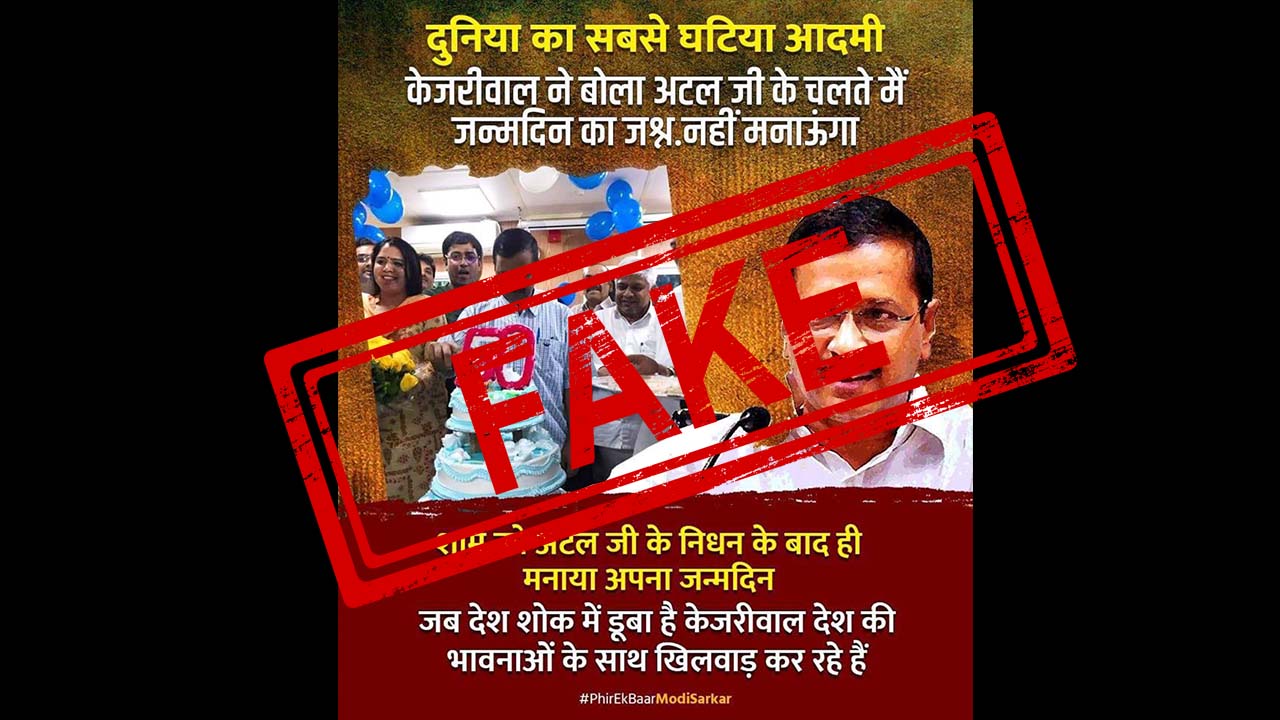 While the nation was griefing on the death of former Prime Minister Ata Bihari Vajpayee, there were some social media users who were busy spreading some lies.

A post by Facebook page Yogi Adityanath – True Indian, in a picture post claimed: “Right after Atal ji’s death in the evening, Kejriwal celebrated his birthday.” The text was backed with a picture of Delhi Chief Minister Arvind Kejriwal cutting a cake and has been shared by over 13,000 people at the time of filing of this report.

“Impudence itself has more shame than Kejriwal,” reads another post shared by Facebook page I Support Namo that has a following of over 1.5 crores.

Interestingly, a website called ‘Actual News‘ penned down an article on Kejriwal’s alleged hypocrisy and insensitivity.

The article read: “Despite the sombre news of Atal ji’s demise, Kejriwal did not shy away from celebrating his birthday with immense pomp and joy (translated).”

Atal Bihari Vajpayee passed away on Thursday (August 16th) at 5:05 PM, and if we look closely at the picture the time in the watch in the picture is 11:05 AM. The picture was taken on the morning of August 16th, hours before the demise of Vajpayee. 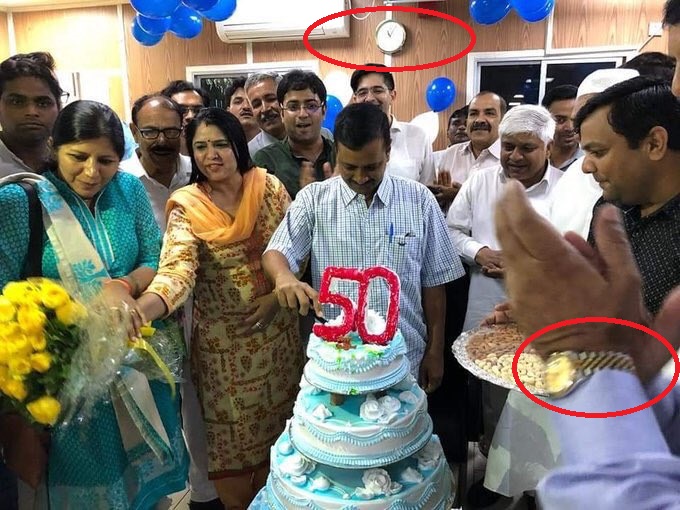 The official Twitter handle of Aam Aadmi Party posted a video of the Chief Minister at 12:09 PM where he can be heard saying, “Former PM Atal Bihari Vajpayee is admitted at AIIMS hospital in critical condition. At such circumstance, I do not feel like celebrating too much.” Addressing the crowd of party workers, the CM then said that he along with Deputy CM Manish Sisodia will visit Vajpayee at AIIMS following the address.

Delhi CM @ArvindKejriwal opts not to celebrate his birthday due to critical health of #AtalBihariVajpayee Ji & the floods in Kerala.https://t.co/cAZGIpbDtn