Home Home Slider Will US Prez Donald Trump be the matchmaker for PM Modi? 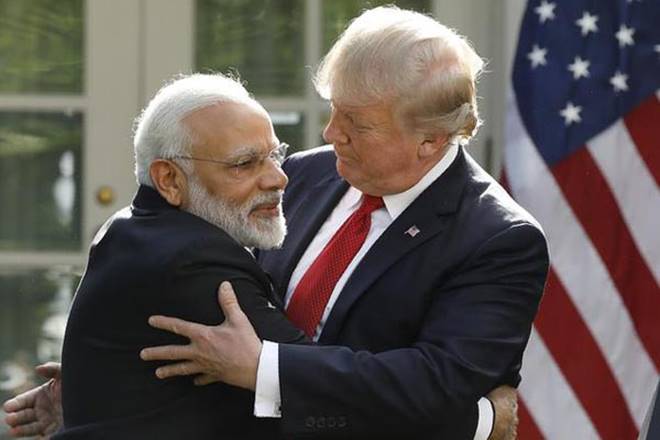 US President Donald Trump allegedly joked about Prime Minister Narendra Modi saying that he could play a matchmaker for PM Modi after he heard that PM Modi has been not living with his wife since years, according to report in Politico.

ALSO READ: Ahead of I Day, Pakistan releases 30 Indian prisoners

Trump made this joke ahead of his meeting with PM Modi in the White House last year. After the US President’s staffers told him that Modi would not be bringing his wife to the meeting, he allegedly joked, “Ah, I think I can set him up with somebody,” the report quoted “two people briefed on the meeting” as saying.

According to the reports, Trump also mispronounced the names of the countries Nepal, calling it ‘Nipple’ and Bhutan as ‘Button’. Sources even said that he didn’t even know that these countries existed “He didn’t know what those were. He thought it was all part of India. He was like, ‘What is this stuff in between and these other countries?’” a source told Politico.

“Senior administration officials said that the president has been known to affect an Indian accent and imitate Indian Prime Minister Narendra Modi,” the Post had reported.

ALSO READ: North, South Korea agree to a third summit to be held in Pyongyang

Ties between India and the United States have been tense in the past few months because of clashes on trade and the threat of sanctions over India’s import of Iranian oil and a defence deal with Russia.