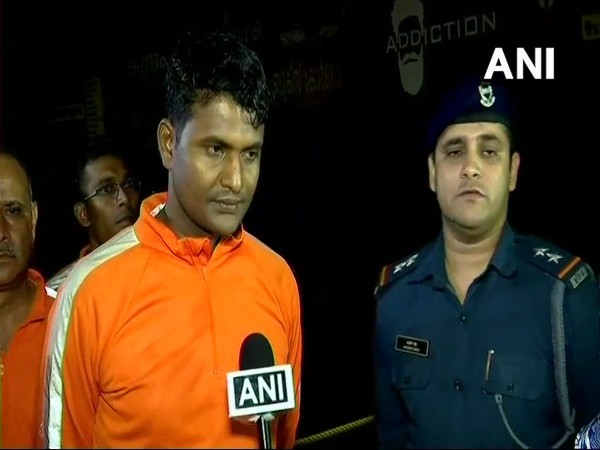 National Disaster Response Force (NDRF) rescue officer Kanhaiya Kumar, is being lauded on social media after a video of him, running across a submerging bridge with the child in his arm surfaced on media. The child was suffering from a high fever and had to be shifted to a nearby hospital.

Kumar, who was deployed in Idukki district for the rescue mission, said, “I have been in this profession for past six years and after this video went viral and people praised me, I feel my hard work paid off well.”

#WATCH: NDRF Rescue officer Kanhaiya Kumar, on a video of him running through flooded bridge in Kerala’s Idukki with a child close to his chest going viral, says, “I realised that I can help by taking the child to nearest hospital in a safer place for 1st-aid& I did exactly that” pic.twitter.com/WvKrv6owao

Minutes after the rescue officer crossed the bridge, it was submerged by the flood water released from the Cheruthoni Dam. The flash floods, caused by incessant rains, have wreaked havoc in several districts of Kerala, killing at least 37 people.

“I realised that I can help the child by taking him to the nearest hospital and I exactly did that. I didn’t know that with just a small act of mine I would become famous. I would like to thank people who showed love and respect for this act,” Kumar added.

As many as 14 teams of NDRF consisting of 404 rescuers and 31 boats have been deployed in various parts of flood-hit districts including Thrissur, Ernakulam, Alappuzha, Wayanad, Kozhikode and Idukki to assist the state administration in the relief and rescue operation and to provide medical support to affected people at the time of emergency.