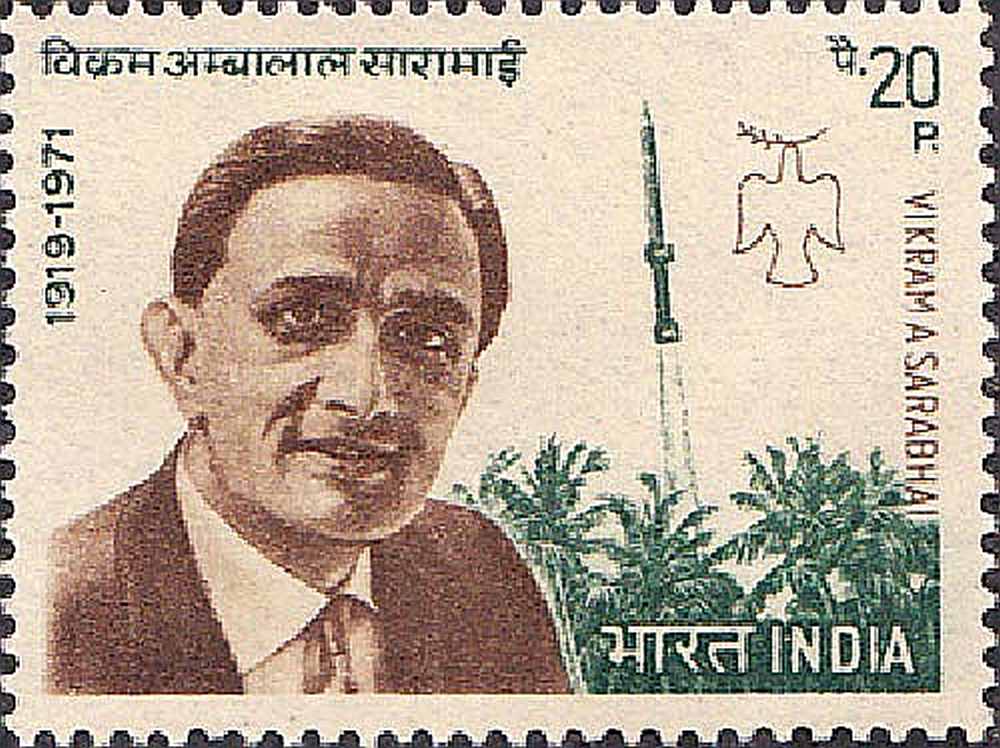 To mark the 99th birth anniversary of the father of the Indian Space Programme, Dr Vikram Sarabhai, Indian Space Research Organisation (ISRO) unveiled his bust at its headquarters in Bengaluru on Sunday.

The space agency’s former chairmen K Kasturirangan and AS Kiran Kumar and current chairman Dr K Sivan were present on the occasion at the Antriksh Bhavan.

Bust of our first Chairman Dr Vikram Sarabhai unveiled today at HQ on the occasion of his 99th birth anniversary.#SarabhaiCentenary #Sarabhai100 pic.twitter.com/otQehpPPtT

Our Chairman Dr K Sivan along with senior officials after unveiling the bust of Dr Vikram Sarabhai today at HQ on the occasion of his 99th birth anniversary.#SarabhaiCentenary #Sarabhai100 pic.twitter.com/zc1YGJPqYT

“On the occasion of the 99th birth anniversary of our first Chairman Dr Vikram Sarabhai today, our pranams to the greatest space scientist of India. Dr Sarabhai’s vision will continue to guide us forever in all our inspiring future missions.” ISRO tweeted earlier today.

“Sarabhai chose space technology to reduce inequality. Under his guidance and leadership, India has been able to achieve what he had envisioned. To mark the centenary, knowledge centres will be set up across the country and scholarships, fellowships and the Sarabhai international award for innovation in space technology will be presented,” K Sivan said.

ALSO READ: Five patriotic treats to prepare for a kite-flying party at home on 15th August

The proposal to name Chandrayaan-2 lander as “Vikram” was approved by the Department of Space. The space agency will also mark Sarabhai’s birth centenary in 2019 and celebrate the event through the year with space-related activities.

“As the true tribute we can offer Sarabhai is through our space missions, we will launch nine missions over the next five months, with at least two a month,” K Sivan asserted.

Born on 12 August, 1919, in Ahmedabad. Gujarat, Sarabhai was the founding father of ISRO, which eventually became the largest government space agency in the world. He convinced the government of the importance of a space programme after the Russian Sputnik launch.

He also set up the Physical Research Laboratory in Ahmedabad in 1947 as a precursor to the ISRO.

Dr Homi Jehangir Bhabha, the father of India’s nuclear science program, supported Dr Sarabhai in setting up the first rocket launching station in India. This centre was established at Thumba near Thiruvananthapuram on the coast of the Arabian Sea, primarily because of its proximity to the equator.

At the age of 52, Sarabhai died. He was awarded the Padma Vibhushan (posthumously) in 1972, Padma Bhushan in 1966 and Shanti Swarup Bhatnagar medal in 1962.