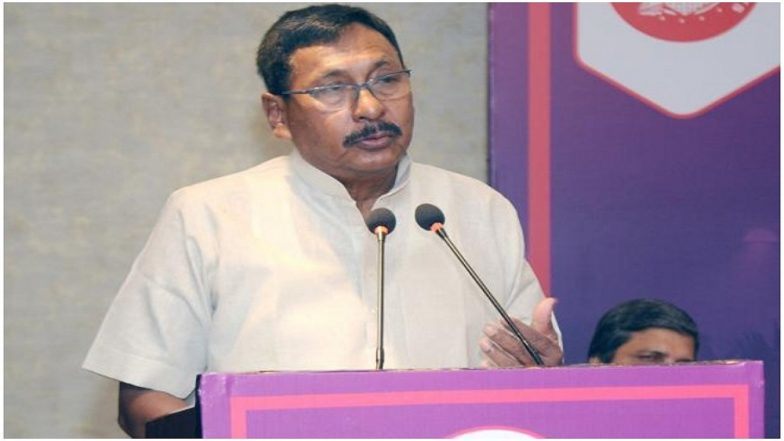 A rape case has been filed against the Minister of State for Railways Rajen Gohain by an unidentified lady at Nagaon.

Nagaon police on August 2 registered a case against Rajen Gohain after a woman accused him of raping her. Gohain, a senior member of BJP, has been representing Nagaon Lok Sabha constituency since 1999.

‘We have registered the case. The investigation has already begun and we will proceed as per law,’ Nagaon Deputy Superintendent of Police Sabita Das, told PTI.

Police said that the victim appeared before the police and her statement has been recorded. The SP said the investigation into the case is going on and the union minister may soon be brought in for questioning.

According to the complaint filed, the alleged incident took place seven to eight months ago. Both Gohain and the woman knew each other for a long time and the Union minister used to visit her home, the official said.

The Congress on Friday demanded resignation of Union Minister of State of Railways Rajen Gohain also urged the Bharatiya Janata Party (BJP) to ensure the strictest action are taken against him.