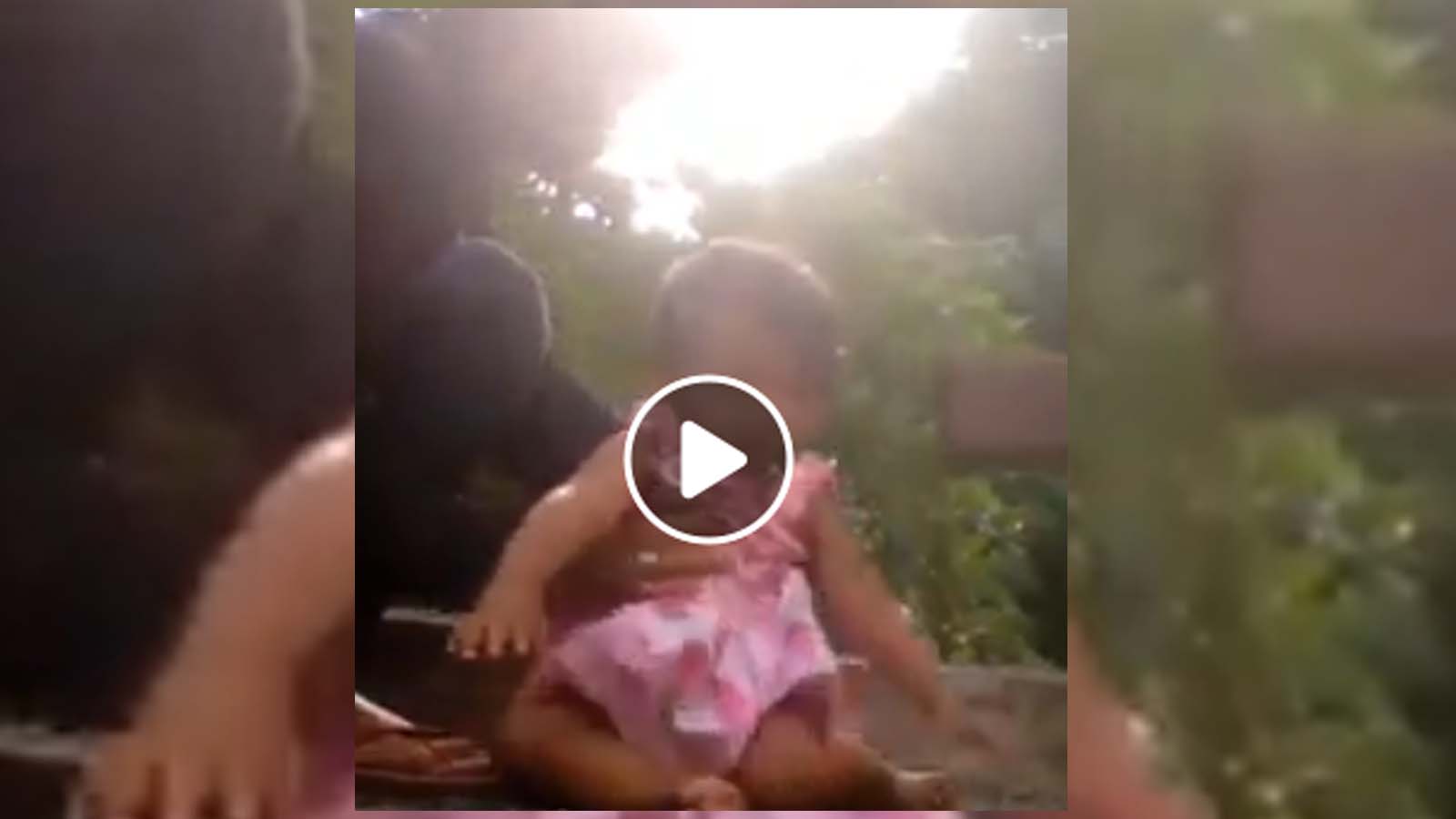 A chilling video is making rounds on social media in which a man is hanging himself and a kid to a pole.

A man and a toddler are seen seated in the video on a concrete surface with a pole lowering down the edge. The man then has been seen lowering the child on to the pole and lowering himself off the ledge with the noose tied to their necks. While the man is later seen climbing back alive to the surface, the child seems to be dead. 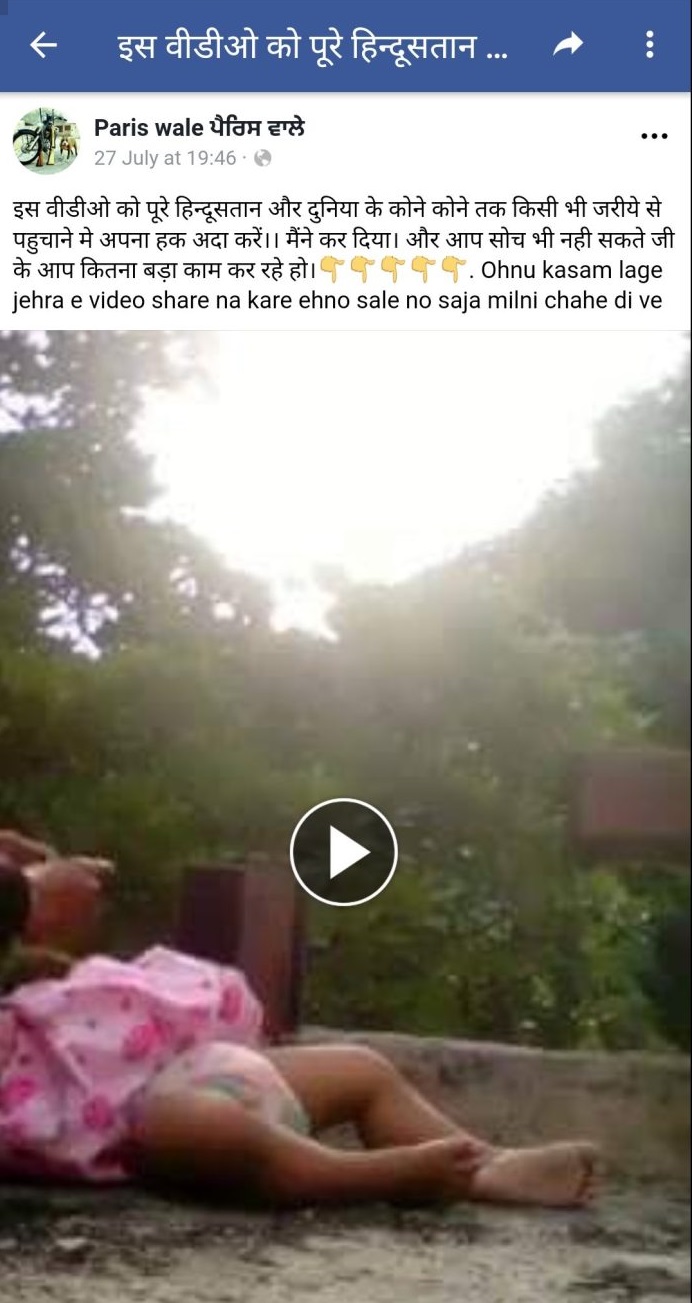 The video has been shared on Facebook with a caption that says, “इस वीडीओ को पूरे हिन्दूसतान और दुनिया के कोने कोने तक किसी भी जरीये से पहुचाने मे अपना हक अदा करें।। मैंने कर दिया। और आप सोच भी नही सकते जी के आप कितना बड़ा काम कर रहे हो।. (Make your contribution in spreading this video to every corner of India and world by any means possible. I did. You can’t even imagine what a great thing you are doing. Those who don’t share the video will meet their punishment. -translated). At the time of filing of this report, the video already had over 8,500 shares.

One more Facebook Page, Tu NaHii To TeRii Yaad SaHiii has also shared the same video which has more than 51,000 views, with a similar caption. The captions accompanying the video in both these pages lack the basic context and location, which has misled users to infer that the video is from India. A comment below the video claims to have informed Delhi cyber cell via email.

When keyframes of the video were put through Google reverse image search, it revealed that it is an old video as an article published by a website on April 25, 2017, titled, “Ahorcó a su bebé de 11 meses y se suicidó durante una transmisión de Facebook Live” (He hanged his 11-month-old baby and committed suicide during a Facebook Live broadcast -Google translated). 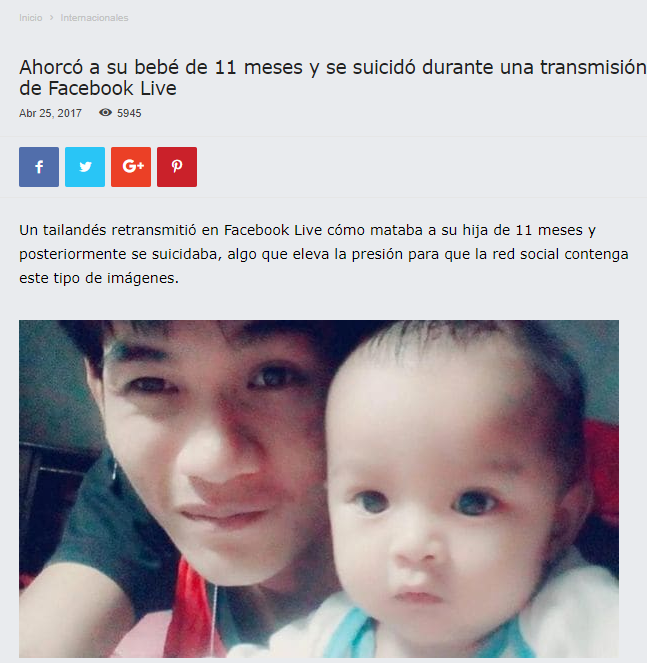 In another report in The Washington Post dated April 25, 2017, stated “Wuttisan Wongtalay whose age has been reported as either 20 or 21, killed his daughter and himself at an abandoned hotel in Phuket, a Thai island in the Andaman Sea. The video clip showed the father tie a noose around his daughter’s neck and drop her from a rooftop.”

There it was proved that the video surfacing on Facebook is real but does not belongs to India but from Thailand, although it has been viewed and shared in large numbers by Indians.