Home Home Slider Indian Eves knocked out in the quarters 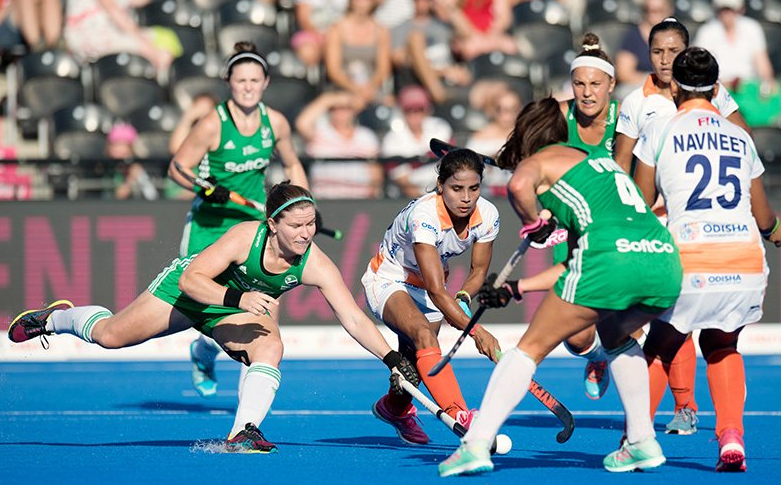 The Indian Eves faced a heartbreaking defeat against Ireland in the Quarter Finals of the Vitality Hockey Women’s World Cup London 2018 on Thursday.

Though India pushed their limits to attack from both the flanks in quest of finding a lead against Ireland, the proceedings moved into the shoot-out with both teams remaining unsuccessful in scoring a goal within the 60-minute limit.

It was Ireland’s third score in their fifth attempt that sealed their spot in the Semi-Finals.

India last played in a quarter-final encounter 40 years ago in the 1978 Madrid Women’s World Cup. The result isn’t what we expected but the Indian team dictated throughout the tournament. They have become an inspiration for many young aspirants.