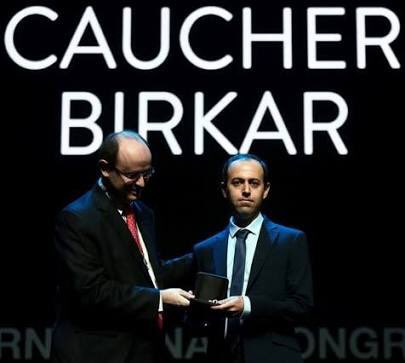 During a ceremony of distributing ‘Nobel prize of mathematics’ also referred as Fields Medal in Rio De Jenario on Wednesday, the winner’s award got stolen minutes after he got it.

Caucher Birkar, a Kurdish refugee from Iran teaching at Cambridge University, put the gold medal, worth around $4,000, in a briefcase and soon afterwards realised that it had been stolen, according to event organizers.

The security officials minutes after he got the award saw an empty briefcase lying around the pavilion.  The police is checking into the matter and have suspected two people for doing this.

“The International Congress of Mathematicians is profoundly sorry about the disappearance of the briefcase belonging to mathematician Caucher Birkar, which contained his Fields Medal from the ceremony this morning,” organizers said in a note.