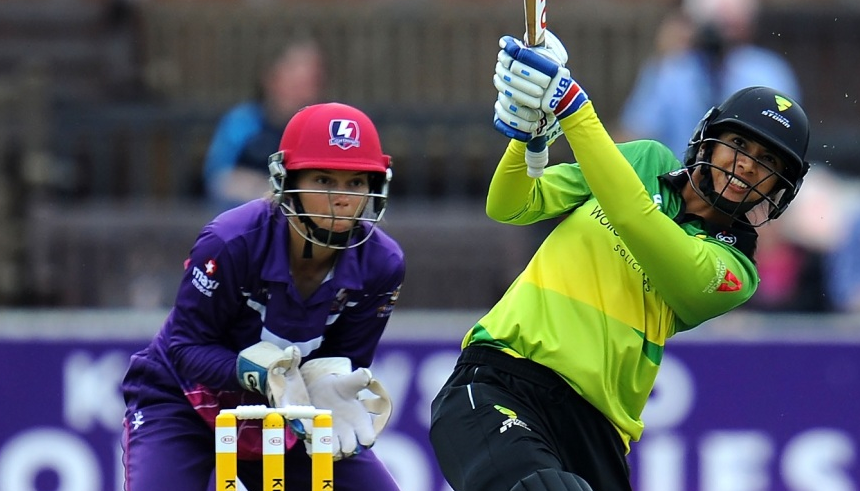 Indian skipper, Smriti Mandhana smashed 50 in just 18 balls to register herself in cricket record book by becoming the joint-fastest in Women’s T20s on Sunday.

Mandhana, who is the first Indian to play in England’s Premier Women’s Domestic T20 tournament, remained not out at 52 off 19 balls. She hit 5 fours and 4 sixes in her innings.

The record has also become the quickest 50 in the Kia Super League.

Congratulations to @mandhana_smriti. In a game shortened to 6 overs, she gets a half century in just 18 balls for @WesternStormKSL. It is also the quickest 50 in the Kia Super League. pic.twitter.com/KwtgXsuvQ4

Batting for Western Storm in a six-over game of the KIA Super League against Loughborough Lightning, Mandhana reached half century in 18 balls to equal the record of New Zealand’s Sophie Devine, which she set in India in Bengaluru in 2015.