A picture of German dictator Adolf Hitler with a kid is making rounds on social media which is being compared to Prime Minister Narendra Modi’s picture in which he is pulling a small boy’s ears. 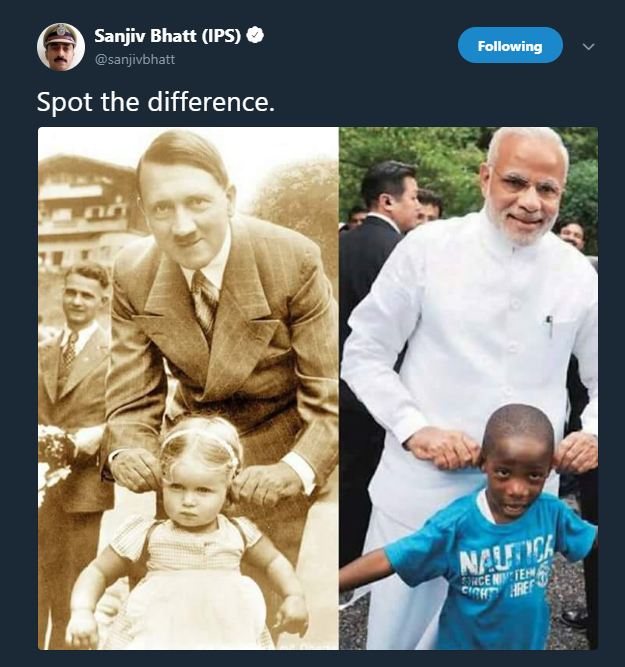 A former Indian Police Service officer from Gujarat, Sanjiv Bhatt posted an image made up of two photos with ‘Spot the Difference’.

At the time of filing of this report, the post had got 646 retweets and over 1.7K likes.

ALSO READ: No, the government is not reading your WhatsApp chats

Though Adolf Hitler was fond of kids and he actually met the little girl in the picture, but he didn’t pull her ears.

In the original photo, Hitler kept his hands on the kid’s shoulders only. 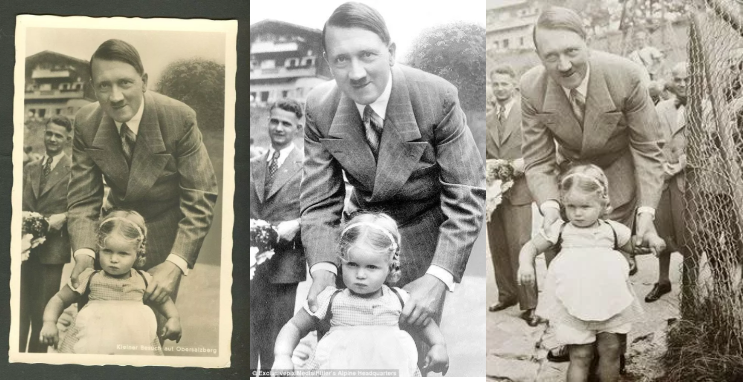 Interestingly, with the might of photoshopped if we look closely at the hands of Hitler, they are of PM Modi, sides swapped. PM Modi’s right one is Hitler’s left and vice versa. 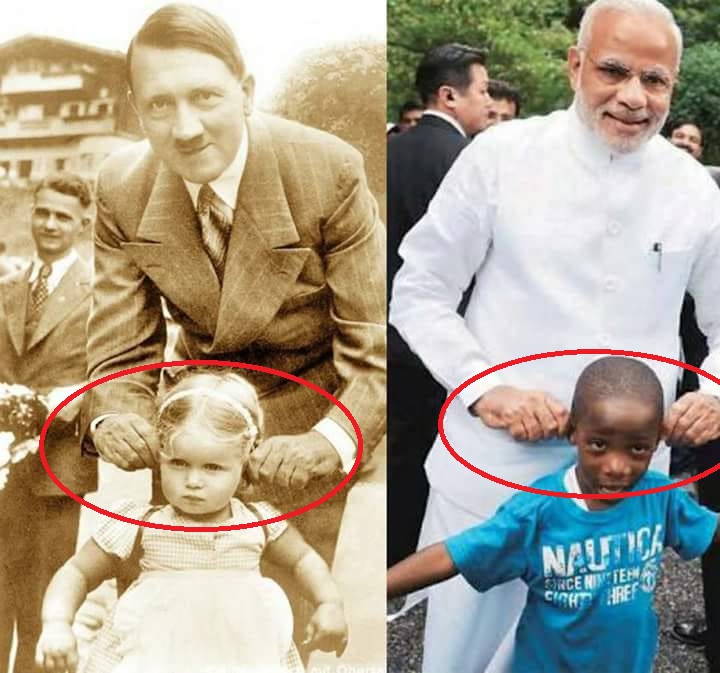 Meanwhile, PM Modi has been clicked in the same pose with kids.

Hitler too had his attachment to kids.