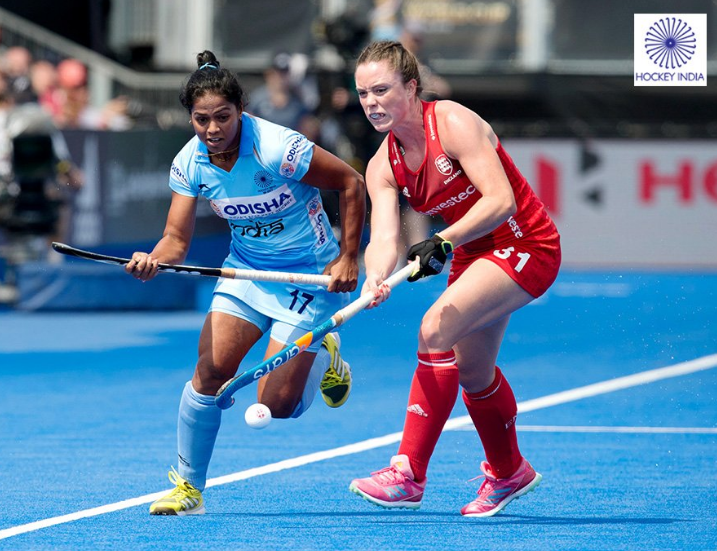 In the long 44-year history of the FIH Women’s World Cup (including 2018), India made their seventh appearance at the Lee Valley HTC on Saturday. The team has entered into Asian Nations FIH top 10 charts, after reclaiming the Asia Cup last year.

In the 1974 World Cup, the team finished at fourth place. Since then, this has been the first major tournament for India after the return of the coach Dutch Sjoerd Marijne.

In the opening game of the Vitality Hockey Women’s World Cup London 2018 against hosts England, Indian Eves pressurized their opponents in their own half, forcing them to play out from defense. The game soon turned into counter-attacking as both made attempts to dispose their opponents. But as Savita Punia dived to block the cross from the set-piece, Neha Goyal positioned in the circle to lead her team by 1-0 over the hosts by the half time.

Though India pressed them diligently, a failed block allowed the English to shoot and equalize. The team that was minutes away from their win, fell prey to a late equalizer by the hosts.