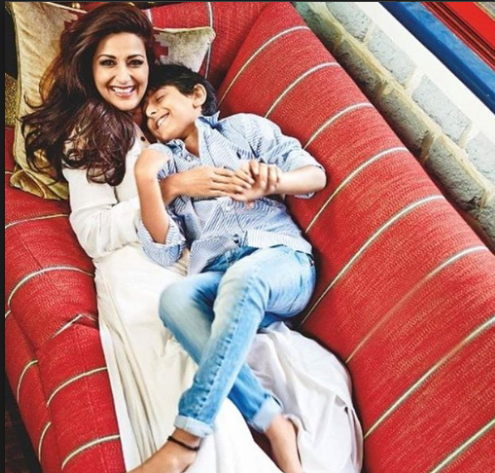 Sonali Bendre on July 4, 2018 shocked everybody when she posted a letter on social media revealing that she was suffering from metastatic cancer. Sonali is currently under-treatment in New York. On Thursday, the actress shared a picture of herself with her son on Instagram. In the heartfelt post, Sonali shared details about how she told her son about the cancer: 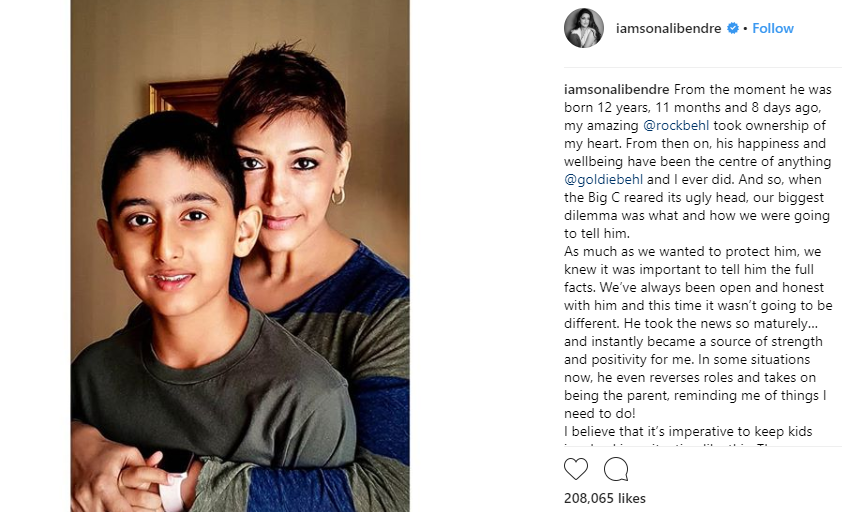 “From the moment he was born 12 years, 11 months and 8 days ago, my amazing @rockbehl took ownership of my heart. From then on, his happiness and wellbeing have been the centre of anything @goldiebehl and I ever did. And so, when the Big C reared its ugly head, our biggest dilemma was what and how we were going to tell him.

As much as we wanted to protect him, we knew it was important to tell him the full facts. We’ve always been open and honest with him and this time it wasn’t going to be different. He took the news so maturely… and instantly became a source of strength and positivity for me. In some situations now, he even reverses roles and takes on being the parent, reminding me of things I need to do!

I believe that it’s imperative to keep kids involved in a situation like this. They are a lot more resilient than we give them credit for. It’s important to spend time with them and include them, rather than make them wait on the side-lines, not being told yet instinctively knowing everything. In our effort to protect them from the pain and realities of life, we might end up doing the opposite.

I’m spending time with Ranveer right now, while he’s on summer vacation. His madness and shenanigans help me #SwitchOnTheSunshine. And today, we derive strength from each other #OneDayAtATime”

Sonali bendre posted on July, 4 posted this note on Instagram to reveal that she is suffering from cancer: 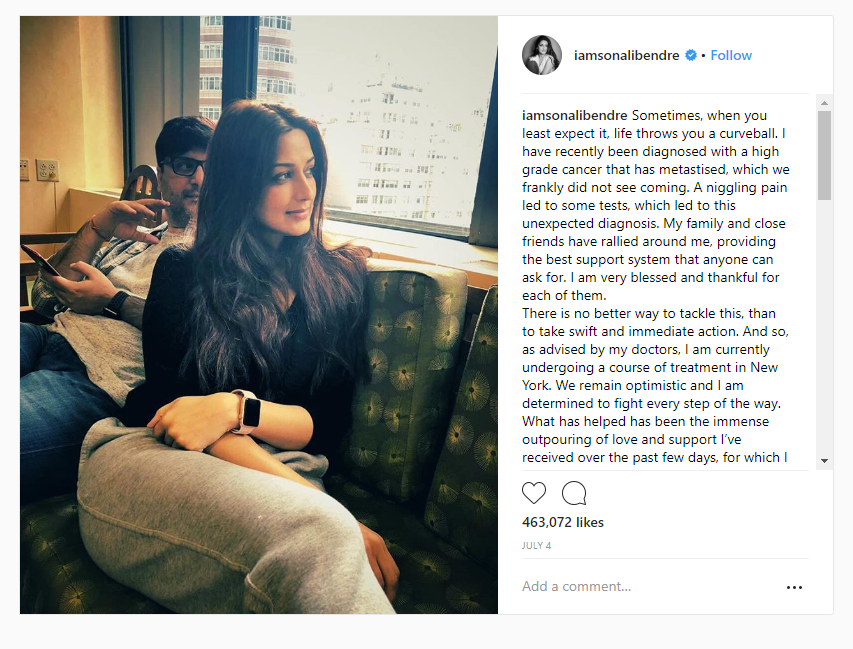 Sonali Bendre Behl tied the knot with filmmaker Goldie Behl back in 2002. Goldie Behl is the son of famous veteran Bollywood director Ramesh Behl. Not only has Goldie written and directed films such as ‘Bas Itna Sa Khwaab Hai (2001)’ and ‘Drona (2008)’, he has also produced several a-list films. Namely, ‘London, Paris New York’ and ‘I, Me, Aur Main’.