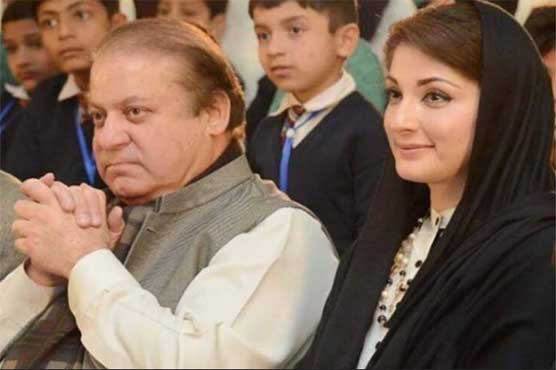 Former Prime Minister Nawaz Sharif and his daughter Maryam Nawaz’s bail plea was cancelled by the Islamabad High Court (IHC) on Tuesday in connection to the Panama Paper Leak case. His son-in-law Captain (retd) Muhammad Safdar was also arrested in the same case.

The bench rejected the appeal to grant bail to Sharif, Maryam, and Safdar, and directed the NAB to submit its reply to the application seeking to suspend their conviction, ARY News reported.

Furthermore, it requested the authorities to present a complete record of the Avenfield judgment in the next hearing. The judges rejected a plea of Sharif’s legal counsel Khawaja Haris to grant a stay order, which appealed to the Accountability Judge-I Muhammad Bashir not to start the proceeding of the remaining two cases (Al-Azizia and Flagship Investment references) against the Sharif family till the NAB submitted its reply, as per the ARY News report.

Haris told the IHC that the accountability court judge cannot hear the two cases against them as the arguments were similar to those in the Avenfield case. The IHC fixed the last week of July for the next hearing. On July 6, Sharif and Maryam were convicted in absentia in the Avenfield reference case by the Accountability Court. While the former was given ten years of imprisonment and slapped with a fine of eight million pounds, Maryam was awarded eight years in jail and fined two million pounds. Also, Safdar was given a one-year sentence without any fine.

ALSO READ: ‘I have GREAT confidence in MY intelligence people,’ says US Prez Trump

On Friday, Pakistan’s Ministry of Law and Justice in a notification said that the legal proceedings of the remaining two National Accountability Bureau (NAB) reference cases (Flagship Investment and Al-Azizia) against Sharif and his family will take place in Adiala jail in Rawalpindi.

While Sharif and his UK-based sons, Hussain and Hasan are named in all the three corruption cases – Avenfield reference, Flagship Investment and Al-Azizia reference, Maryam and Safdar are only named in the Avenfield case.