Home Home Slider Rapists, this is how the world punishes them 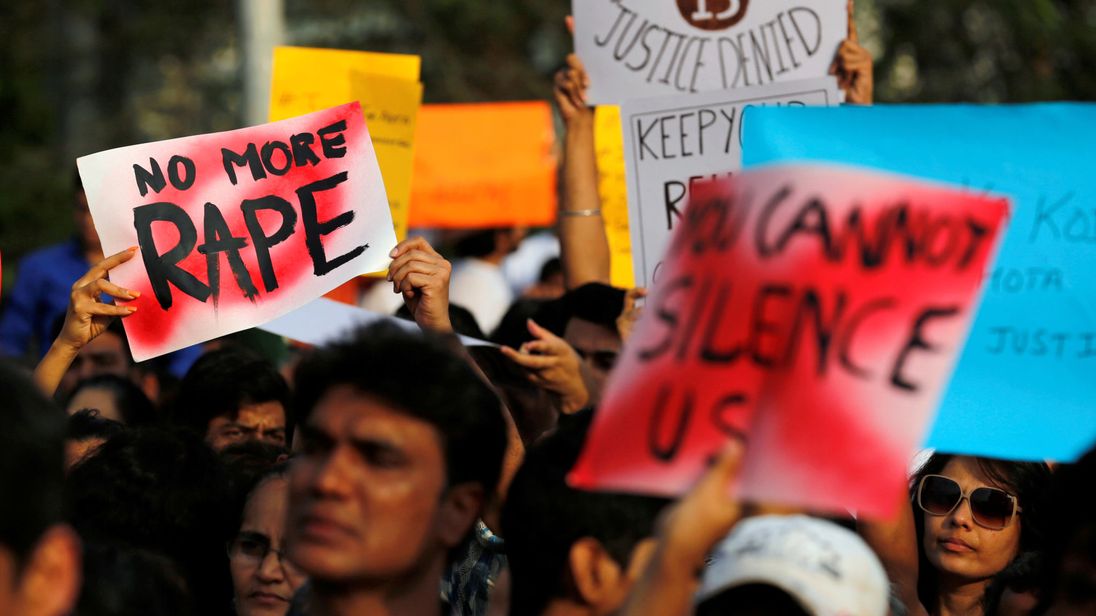 Defined as the ‘Crime against Humanity’, rape has become a bane of our times. An act which is condemned by all, rape is the most abhorred crimes. It transcends time, geography, culture, religion and sex.

The #METOO campaign started on the social media to which almost every girl reacted and came forward to tell their stories which proves in what condition are we as a society! Here is how the world punishes rapists. 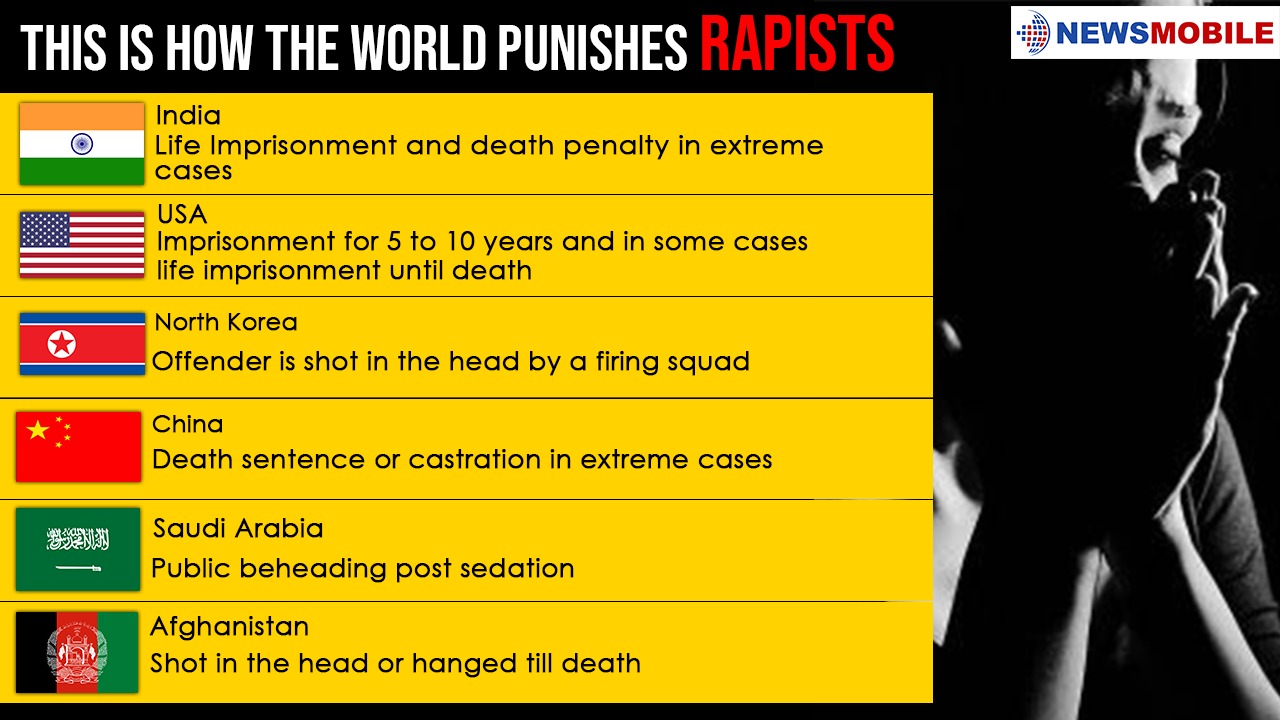 Rape laws in India are stringent but it lacks the government support and the implementation of the laws are very poor so as we say ‘justice delayed is justice denied’, is the case with India.

Here is the rape law that India follows- Under section 375 of the Indian Penal Code, it states that: “A man is said to commit “rape” who, except in the case hereinafter excepted, has sexual intercourse with a woman under six circumstances:

Before 2013, rape was not considered a major crime, the accused was given seven years of imprisonment. After the 2016 gangrape case, where a 23-year-old student was returning from a movie in Saket with her friend and was brutally gang-raped, tortured and beaten by six men in a moving bus, the anti-rape bill was passed in Parliament. Now, an act of rape is liable to life-long imprisonment and even the death penalty in extreme cases.

According to the India data from NCRB, USA is in the second position of the most rapes happening across the world. Rape, according to the Department of Justice is “Penetration, no matter how slight, of the vagina or anus with any body part or object, or oral penetration by a sex organ of another person, without the consent of the victim.”

In the USA, there are two types of laws under which the rape comes- Federal law and State law. Under the Federal law, a person can be imprisoned for a few years and also for the lifetime till the rapists’ entire life.

In North Korea, there are no much media reports which can tell about the law and order of the country but as North Korea is a dictatorship, it is too merciless, the offender is either shot in his head or vital organs by a firing squad. This kills the convict relatively quickly and provides instant justice to the victim.

Rape is regarded as taboo in Chinese culture, and the victim is often rejected by society, as the culture views women as solely responsible for the rape. Victims of rape in China often remain silent and do not report the crime because traditional culture holds that being raped is shameful and should be kept private.

But if the rapist is convicted, China is too strict in their rape laws as the rapist is fired a single bullet at the spinal cord joins the neck and in the extreme cases, castration is what they choose.

Being an Islamic country, the legal system of Saudi Arabia is based on Sharia – Islamic law. Under Sharia law, a law generally enforced by the Islamic states (Islamic Law), the punishment imposed by the court on the rapist may range from flogging to execution. However, there is no penal code in Saudi Arabia and there is no written law which specifically criminalizes rape or prescribes its punishment. If the rape victim first entered the rapist’s company in violation of purdah, she also stands to be punished by the law’s current holdings.

In Saudi, rape cases usually target both- the victim and the rapist and in some cases, the victim gets more harsh punishments than the rapist. If a person has been convicted of rape in this country, then he is sedated and beheaded in public within days of his trial.

Rape in Afghanistan is largely under-reported. Women are respected for their virginity, and it is rare for a man to marry a rape victim. Even if the woman gets pregnant, it is uncommon for the rapist to marry her. Thus a woman is now punished for being “impure”. The authorities treat such cases as adultery.

But if the accused is proved guilty then the rapist is either hanged to death or shot dead by a bullet in the head. The punishment is given within four days of the crime.