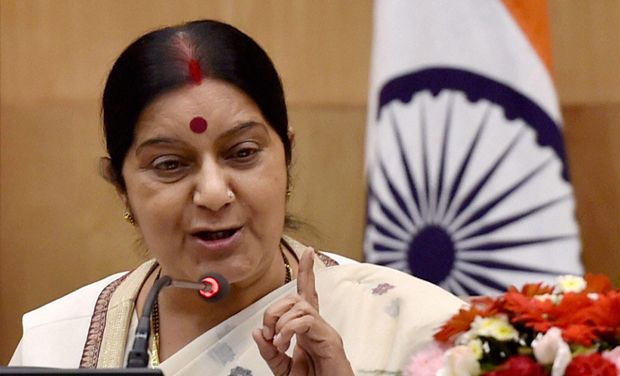 Earlier this week, a local on Twitter complained to the RPO that she had applied for a passport in February. However, she is still waiting for the Police Clearance Certificate (PCC).
In reply, RPO Delhi tweeted: “Status qua (sic).”

Taking cognisance of this, Swaraj urged the officials to do the needful at the earliest.
“Status quo is not the answer. We must end this status quo. Please do the needful and help her,” she tweeted.

Status quo is not the answer. We must end this status quo. Pls do the needful and help her. https://t.co/wvLrPaoGXf

The External Affairs Minister is known for actively assisting people on Twitter.
However, she recently fell prey to social media trolling, following the transfer of a passport officer who allegedly humiliated an inter-faith couple in Lucknow.

On June 30, the External Affairs Minister started a Twitter poll against the trolling and asked her followers if they support it or not.

Out of 1,24,305 votes, the poll, which ended on Sunday, saw 57 percent people not going in favour of the trolling.