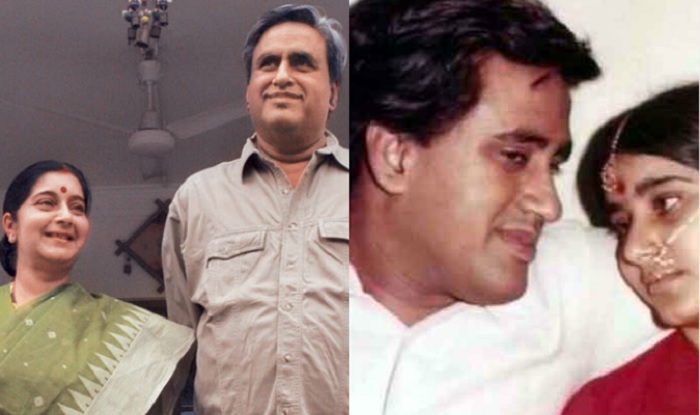 While trolling has become a norm on social media especially Twitter, the External Affairs Minister, Sushma Swaraj has been on the receiving end for around a week now. A leader who has always maintained grace under fire during her stint as the country’s External Affairs Minister became a target of trolls following her decision to support an inter-faith couple from Lucknow over a passport issuance case.

Last week, after liking few negative tweets that came her way over the interfaith couple’s passport issue, the External Affairs Minister put up a poll on Twitter asking if people approved of them.

Friends : I have liked some tweets. This is happening for the last few days. Do you approve of such tweets ? Please RT

Till now, she has received a total of around 97,304 votes in her recently conducted Twitter poll on social media abuse.

With about 10 hours left for the poll to end, she received support from 57 per cent of the total voters; the rest it seems support the trolls.

Meanwhile, yesterday her husband, Swaraj Kaushal also received an abusive tweet that said, he should beat his wife and ‘teach her’ not to do “Muslim appeasement”.

However, he has put the troll to shame by asking them to lay off. In two Tweets, Swaraj Kaushal or Governor Swaraj, as his handle reads, shut down the troll who sought that he beat her up to ‘teach her a lesson.’ He wrote how she is loved and adored by the family and how she was precious even to his dead parents.

Your words have given us unbearable pain. Just to share with you, my mother died of cancer in 1993. Sushma was an MP and a former Education Minister. She lived in the hospital for a year. She refused to engage a medical attendant and attended on my dying mother personally. /1 https://t.co/b4iwIUx0SA

In the second tweet he urges him not to “use such words against her.”

Such was her devotion to the family. As per my father’s wish, she lit my father’s pyre. We adore her. Please do not use such words for her. We are first generation in law and politics. We pray for nothing more than her life. Pls convey my profound regards to your wife. /2

Last week, Swaraj liked and retweeted several negative tweets, she received on social media over the inter-faith couple’s passport issue. Handling the trolls gracefully, she asked the Twitterati to go through the trolls she received while travelling abroad.

I was out of India from 17th to 23rd June 2018. I do not know what happened in my absence. However, I am honoured with some tweets. I am sharing them with you. So I have liked them.

She was on a week-long visit to four European nations when she received a series of tweets from the inter-faith couple, Tanvi Seth and her husband, Mohammad Anas Siddiqui. They were harassed by an officer at a Lucknow passport office, as the Tanvi was married to a Muslim and did not change her name.

Following this, the regional passport office in Lucknow transferred the concerned officer and also issued passports to the couple.

However, some followers of Sushma Swaraj on Twitter were angered by her action, accusing her of indulging in minority appeasement.

According to the new passport rules that came into force in 2017, marital status is not mandatory nor a change of name after marriage for women to get a passport.