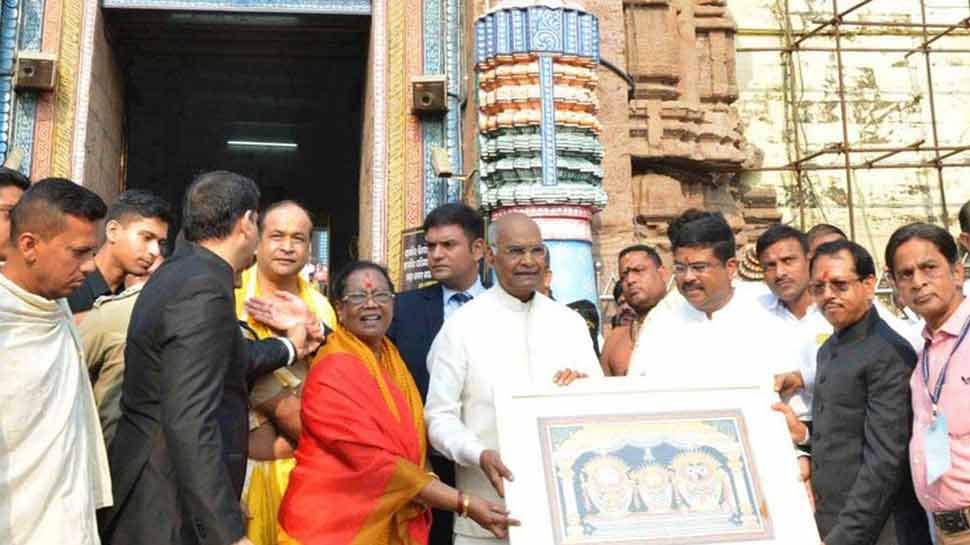 Puri: The priest, who accompanied President Ram Nath Kovind and his wife Savita during their visit to Jagannath Temple, has rubbished the reports of them being allegedly harassed by servitors of the temple.

Talking to the media, the priest Damodar Mahasuar said that no one misbehaved with President Kovind and his wife during the visit.

“On March 22, President Ram Nath Kovind and his wife came for darshan at Jagannath Puri temple. We accompanied him and no one misbehaved with him,” Mahasuar said.

Calling the allegations baseless, the priest has filed an FIR against Pradeep Jana of Shree Jagannath Temple Administration and District Magistrate of Puri in connection with the matter.

“After three months, Pradeep Jana of Shree Jagannath Temple Administration and District Magistrate of Puri said they had received a complaint from Rashtrapati Bhawan that stated ‘Pandas’ (servitors) misbehaved with President and his wife. The allegations are baseless, we lodged FIR against Pradeep Jana and DM Puri,” he said.

According to media reports, a group of ‘Pandas’ (servitors) had blocked President Kovind’s way near the sanctum sanctorum of the shrine and shoved the First Lady, Savita.

On March 19, Rashtrapati Bhavan had reportedly sent a letter to the Puri collector, Aravind Agarwal expressing dissent over the conduct of servitors.