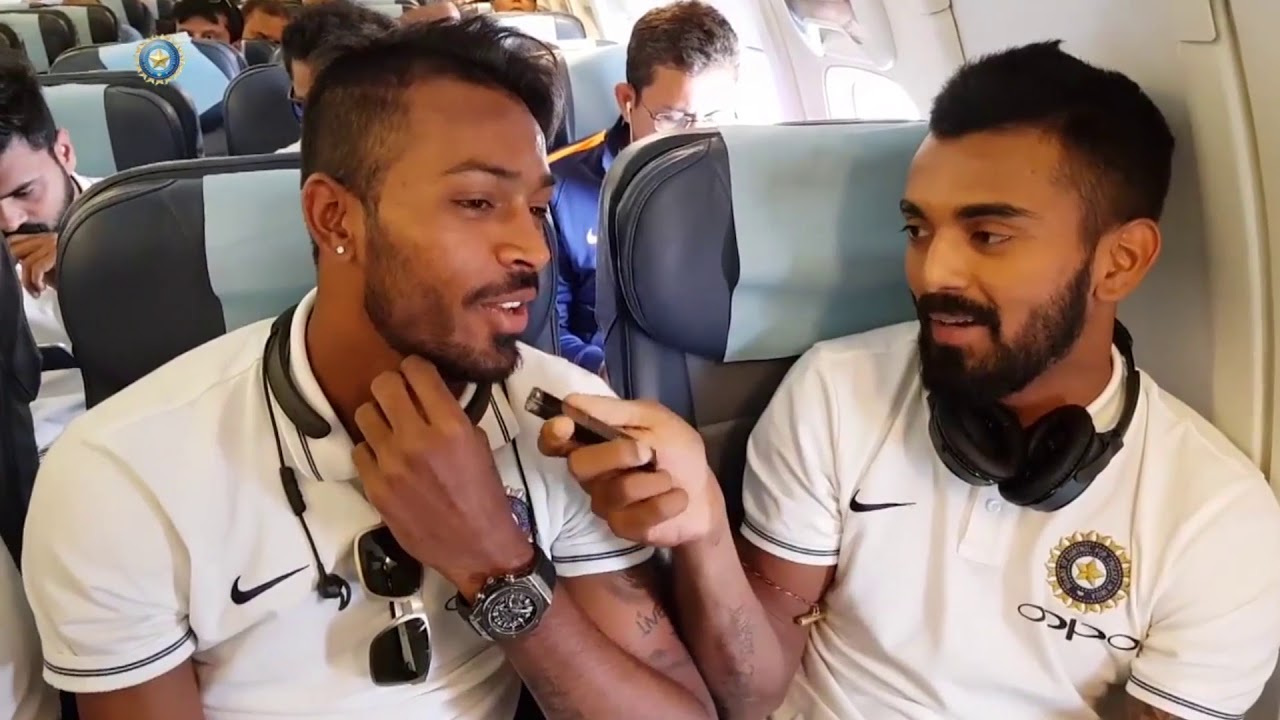 Indian Cricket Team departed for UK tour from India on Sunday, the tour is a two-month long tour, it will be a very stressful tour but before landing Hardik Pandya and Yuzvendra Chahal made it a really fun tour by interviewing almost every cricket team member mid-air.

ALSO READ: FIFA WC18: Croatia, Argentina move ahead to round of 16

Pandya chit chatted with them about the upcoming tour. He asked Virat Kohli to take him out on the streets of London as it’s his third time in London and he was too excited to take them out. Before he could question MS Dhoni, he threw a pillow at him telling him not to disturb him at all as he was watching a movie.

From Kuldeep Yadav to Rohit Sharma and Dinesh Karthik, they engaged in a chat with all. India is set to face Ireland in a T20I encounter after beating Afghanistan by an innings and 262 runs in the historic one-off Test match inside two days. The Virat Kohli and co will play their first T20I out of two on June 27 in The Village, Malahide.

Here is the video tweeted by BCCI: