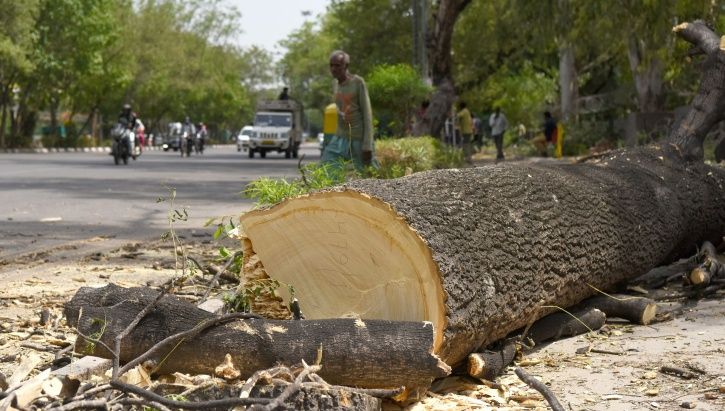 New Delhi: Delhi Lieutenant Governor (LG) Anil Baijal on Monday said the proposals for cutting of trees for the redevelopment of government colonies were duly endorsed by the state Environment Minister Imran Hussain.

The Lieutenant Governor further said that he had only concurred with the proposals.
“An impression is being created in certain sections of media that permissions for tree cutting in case of redevelopment of government colonies have been granted directly by Lt.

Governor, despite objections of Minister (Environment) of GNCTD – Imran Hussain. In this regard, it is clarified that the proposals for cutting of trees (in case the area is more than one hectare) are put up to the Lt. Governor only on the basis of recommendations of the Minister (Environment),” the LG office said in an official statement.

The LG office said in the cases of tree cutting of redevelopment of Nauroji Nagar and Netaji Nagar, the proposals for felling of trees were duly endorsed by the Environment Minister and Baijal had only concurred with the proposals.

ALSO READ: Jaitley compares Indira Gandhi to Hitler on the anniversary of ‘Emergency’

The statement further stated that it was incorrect to say that the LG had ignored the objections raised by the Minister (Environment) while approving the proposals.

It further clarified that no permission has so far been granted in case of proposals in respect of re-development of Mohammedpur, Thyagraj Nagar, Sarojini Nagar, Kasturba Nagar and Srinivaspuri colonies.