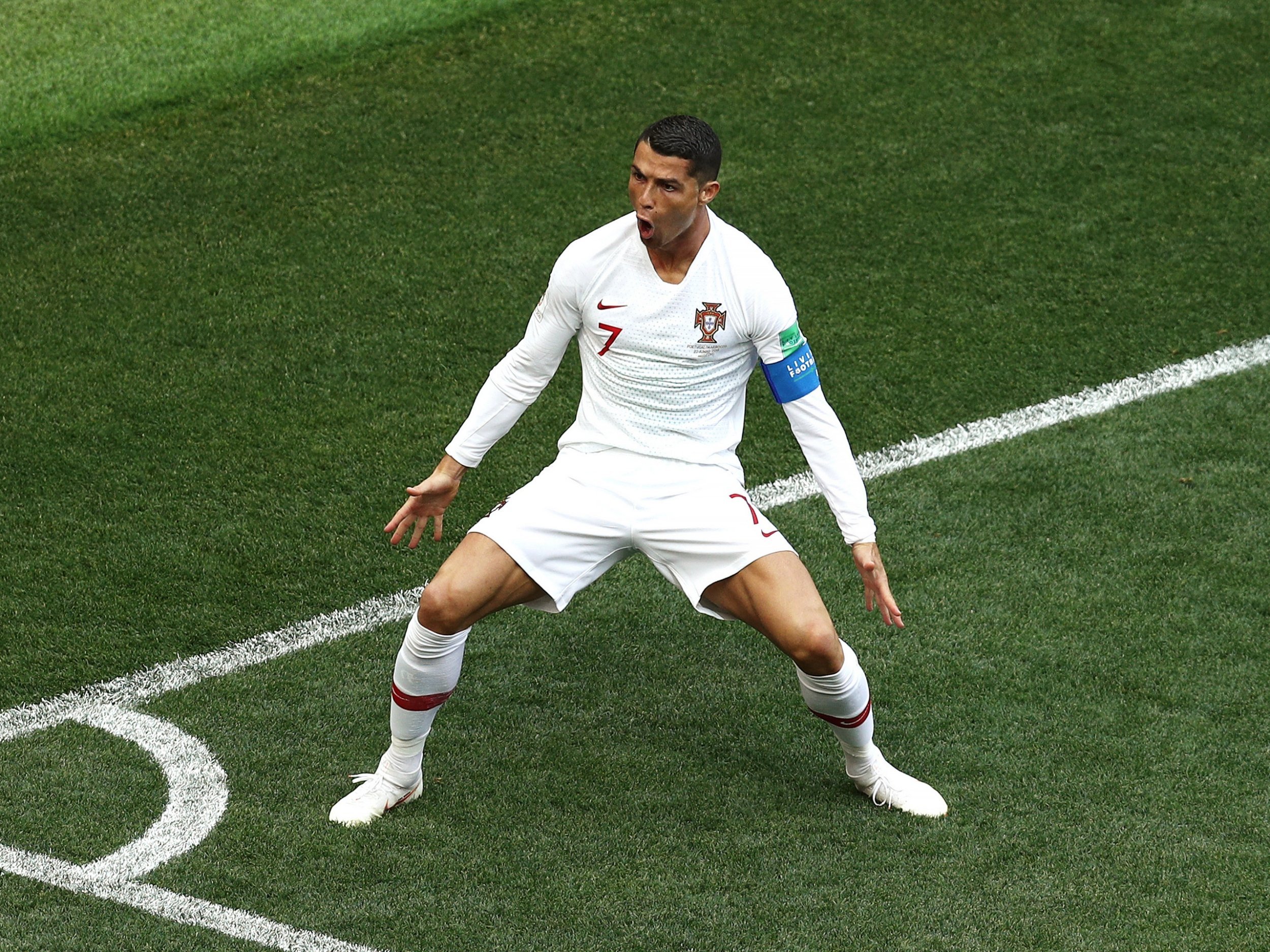 Moscow: Star striker Cristiano Ronaldo’s goal in the early minutes of the match was enough to hand fourth-ranked Portugal a narrow 1-0 win over 41st ranked Morocco in their second game in Group B of the ongoing 21st edition of the FIFA World Cup here at the Luzhniki Stadium on Wednesday.

Heading into the match, all eyes were on Ronaldo, who notched up a hat-trick in the opening match to help his side not only settle with a 3-3 draw but also hand them an unexpected point.

And the Real Madrid forward did not disappoint his fans as he struck a header just four minutes into the match to give Portugal an early lead, something which later proved to be a winning goal for the side.

With his 85th international goal, Ronaldo became Europe’s all-time leading international scorer. He is now just behind Ali Daei of Iran, in the global all-time scoring charts with 109 goals.

Ronaldo also got a chance to double his side’s lead when he brought the ball on the right-hand side of the box and managed a shot which missed the left-hand corner of the goalpost by a whisker in the eighth minute.

Meanwhile, Morocco were pressing relentlessly as they were trying to equalize a goal, however, their attacks were not resulting in their favour despite a slow Portugal defence.
Portugal got one more chance to double their lead in the 38th minute of the match, when Ronaldo chested a ball and lifted it into the path of Goncalo Guedes, only to see it successfully defended by Morocco goalkeeper Mounir Mohamedi.

The first half ended with a score of 1-0, in favour of Portugal.

In the 57th minute of the match, Morocco earned a free-kick. Midfielder Younes Belhanda smashed a superb header, but Portugal goalkeeper Rui Patricio dived to his right to make a brilliant save.

With just 15 minutes left to full time, Morocco were enjoying possession and pressing for an equalizer, while Portugal were trying hard to hold them and avoid any loopholes.

In the 93rd minute, Morocco skipper Mehdi Benatia had a glorious chance to level the score, but just like his previous attempts in the match, the ball once again sailed over the bar.

Eventually, Portugal managed to notch up their first win of the tournament.

With this, Portugal now have four points from two matches they have played, and are almost certain to qualify into the next round.

Meanwhile, Morocco-who entered the tournament with a 0-1 defeat to Iran and at the bottom of the group-have become the first team to exit the competition.

Portugal will now take on Iran in their next Group B clash on June 25.