Moscow: Star striker Cristiano Ronaldo was the man to watch out in this nail-biting fixture between his home country Portugal and his employers the Spaniards in the second match of Group B in the ongoing FIFA World Cup at the Sochi’s Fisht Stadium here on Friday. 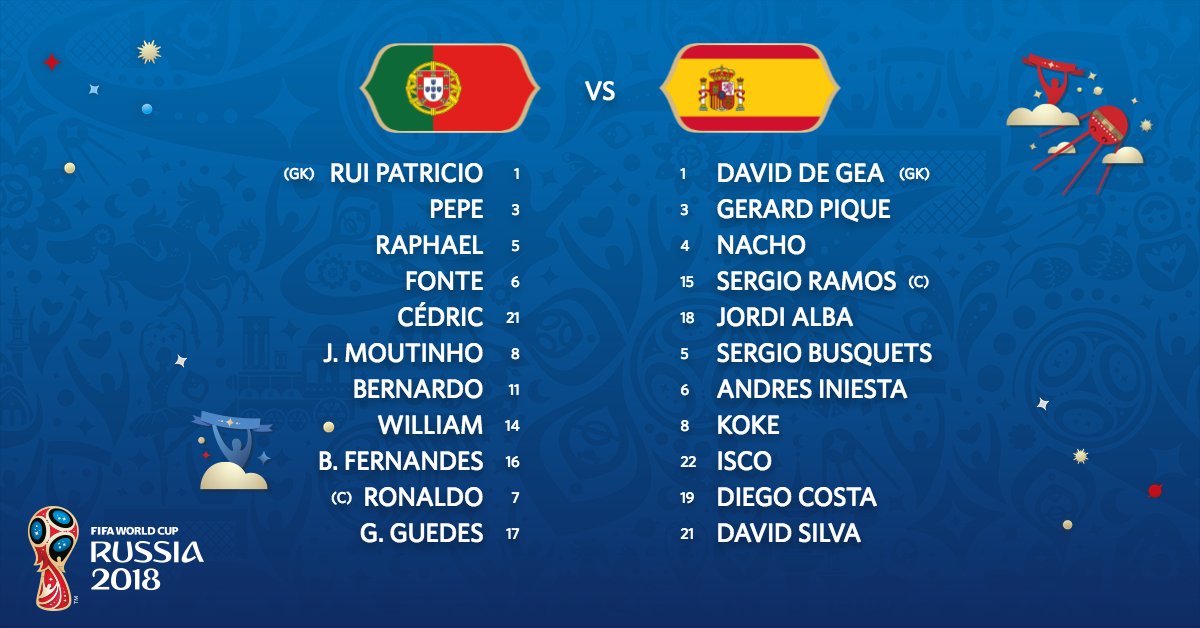 Despite Portugal and Spain being old rivals, their opening match in the showpiece event was only their second-ever meeting on football’s greatest stage.

Portugal had endured a roller coaster ride in the recent months. The Fernando Santos-led side defeated Switzerland, Egypt and Algeria while they lost 0-3 to Netherlands and settled for a draw against Tunisia and Belgium in their last six matches.

The Euro 2016 champions, who failed to make beyond the group stage at Brazil 2014 started attacking from the beginning and Ronaldo needed only Four minutes to put Portugal forward with a perfect penalty that was awarded on a foul against himself only.

Spain was quick to reassemble and Diego Costa in the 24th minute, literally forced the ball into the goal with a perfect strike before intense body tackles against the entire Portuguese defence, particularly against Pepe, who was brought down with an elbow on the face by Diego.

Though Spain have been in impressive form in the lead-up to the showpiece event, they were hit by the shocking axing of their head coach Julen Lopetegui.

As the game headed towards the halftime, Ronaldo put Portugal in lead again with a perfect header.

The second half began and Spain started dominating the game with possession and it was Diego Costa again who pulled the equaliser in the 55th minute closely followed by Nacho’s amazing curling half-volley in the 58th minute. Nacho was responsible for the penalty against Ronaldo and him putting Spain in the lead really looked like the final nail in the Portugal coffin. In the next half hour Spain dominated the game, a comeback looked unlikely.

But the undertaker, Cristiano had other ideas. Portugal won a free kick just outside the box in the 88th minute and Ronaldo glided it perfectly leaving the stadium spellbound. Game ends in a draw later on at 3-3. Best game of the World Cup so far. Bar has been set for Lionel Messi and Argentina which face Iceland in their opening game on Saturday at 6:30 pm(IST).