New Delhi: Prime Minister Narendra Modi on Thursday congratulated the people of Afghanistan as their national cricket team faces India in their historic first ever Test match at the M.Chinnaswamy Stadium in Bengaluru.

The Prime Minister took to Twitter to wish luck to both the sides.

“I congratulate the people of Afghanistan as their cricket team plays their first international Test match. Glad that they have chosen to play the historic match with India. Best wishes to both teams! May sports continue to bring our people closer and strengthen ties,” PM Narendra Modi wrote. 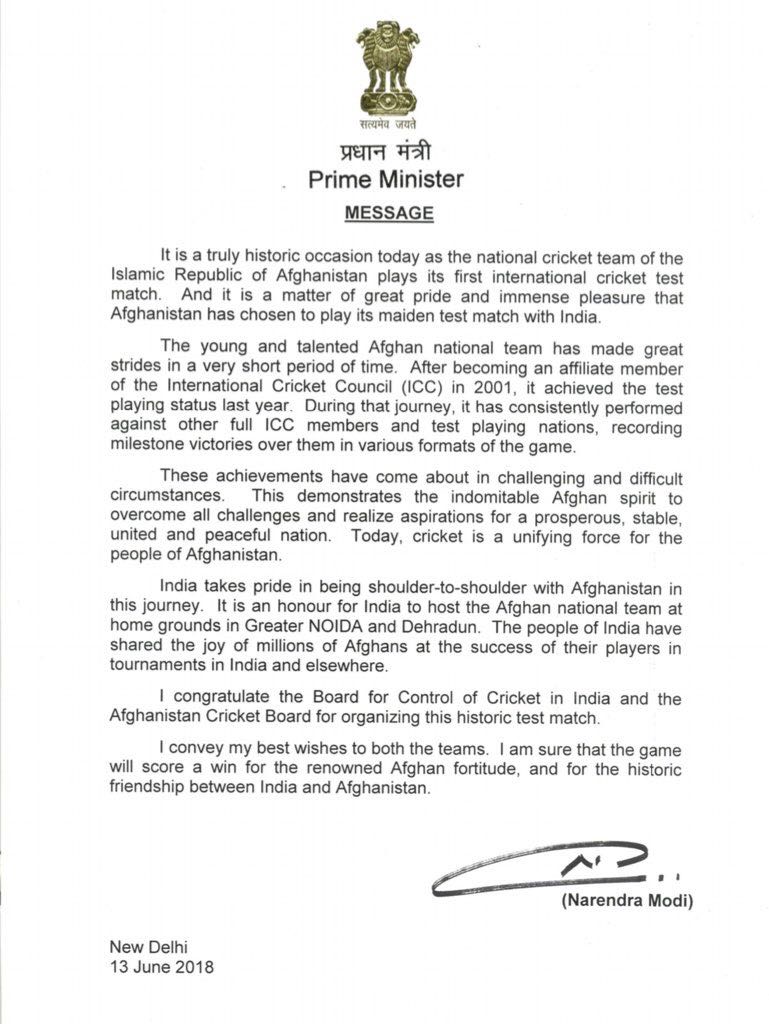 Union Minister of Sports and Youth Affairs, Rajyavardhan Rathore also sent his best wishes to both the teams.

Taking to the micro-blogging site, Rathore wrote: “May the best team win! Delighted to be at the M Chinnaswamy Stadium where Afghanistan makes its debut in Test cricket against India. Hope this game marks the beginning of a new inning for the people of Afghanistan and for our countries’ relationship.”

India, in the absence of skipper Virat Kohli, will be led by Ajinkya Rahane in the historic Test. Afghanistan will be led by Asghar Stanikzai, as they make their mark in the longest format.

Team India has won the toss and opted to bat first in the Test.