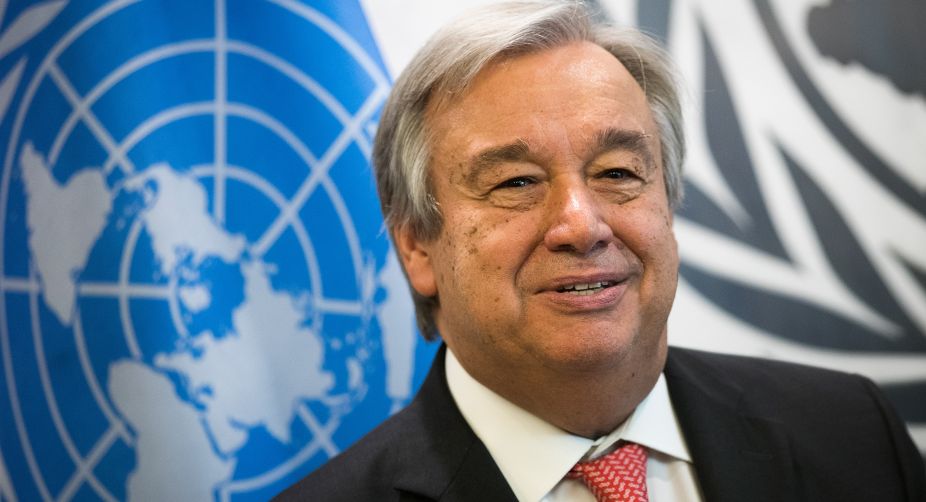 “..the road ahead requires cooperation, compromise and a common cause. Implementing today’s and previous agreements reached, in accordance with relevant Security Council resolutions, will require patience and support from the global community. The Secretary-General urges all concerned parties to seize this momentous opportunity and reiterates his readiness to fully support the ongoing process,” a spokesman for the UN secretary general Stephane Dujarric said, in a statement.

The Trump-Kim summit is “an important milestone in the advancement of sustainable peace and the complete and verifiable denuclearization on the Korean Peninsula,” the statement added.

Meanwhile, according to the statement issued by the Blue House, South Korea’s presidential office, President Moon Jae said that a successful summit would be a “great gift” to the whole world.

“It was the bold determination of the two leaders, President Donald Trump and Chairman Kim Jong Un, that has enabled us to come this far,” the South Korean president said.
Both Trump and Kim signed a joint agreement, according to which Kim committed for ‘complete denuclearisation of Korean Peninsula’, as per media reports.

“It is a great day and one of the greatest moments in the history of the world,” Trump added, “We are prepared for the new history. We are ready to write new chapters. The past does not to have defined future.”

Prior to the signing of the comprehensive document, both the leaders had a working lunch and walked around Capella, where they held a bilateral meeting in the morning.
The meeting came after months of deliberations between two countries over the time and venue of the summit.

Despite Kim threatening to call off the summit talks following the ‘Max military drills’ and Trump announcing to call off the event, citing “tremendous anger and open hostility” from North Korea as the reason, the historic summit finally culminated successfully.
Trump has departed for the US from Singapore’s Paya Lebar Airbase aboard Air Force One after holding talks with North Korea’s leader Kim Jong-un.
He’s headed back to Joint Base Andrews in Maryland, with brief stops in Guam and Hawaii first, CNN reported.