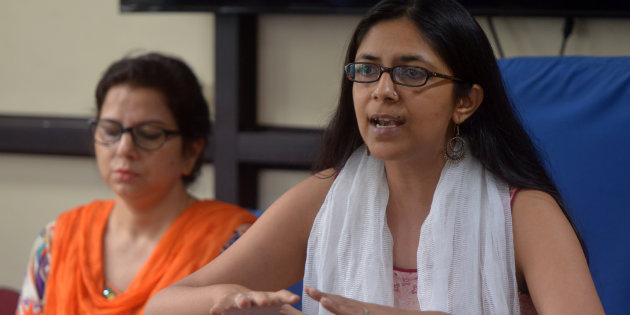 Maliwal wrote a letter to the SHO of Fatehpur Beri police station, requesting him to look into the matter and provide immediate protection to the victim.

Earlier in the day, a case was registered against the self-styled godman under for allegedly raping the woman, who was his disciple, inside the Shani Dham in New Delhi two years ago.

A lady priest also helped the accused in this heinous crime, Maliwal said in the letter.
The DCW chief said that the atrocities revealed in the complaint are really horrid and needed to be investigated urgently.

“In this regard, an FIR has been registered. But the survivor has not been provided a copy of the FIR and medical report despite her request for the same,” Maliwal said.
She further stated that there is a threat to her as well as her family’s lives, especially in travelling to and from the police station.

Maliwal also asked the police to provide ‘an action taken’ report to the Commission in the matter by June 15.