Home Cityscape No respite for Shimla from plastic and environmental hazards 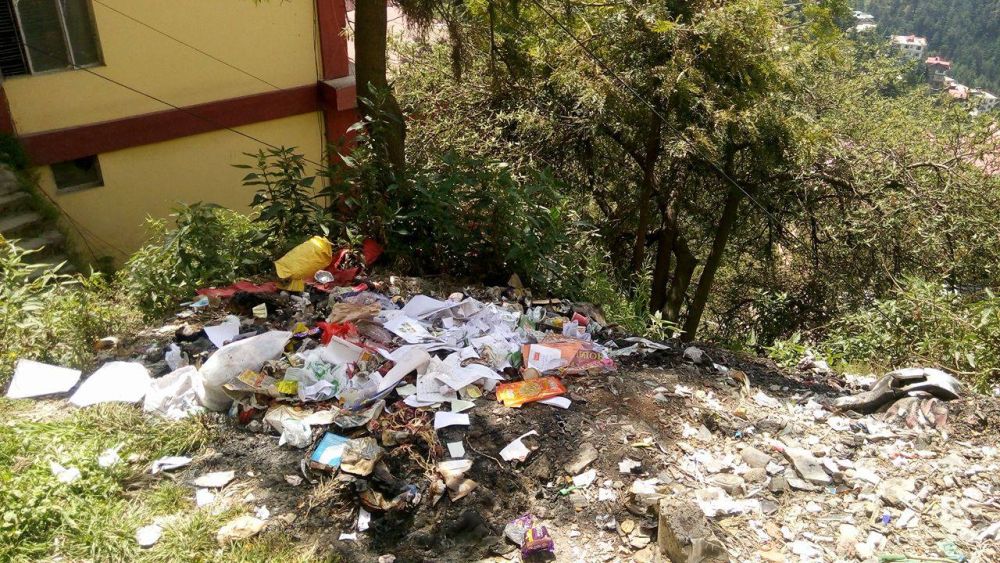 Shimla: The plastic and domestic waste due to the flooding of rainwater is resulting in environmental hazards with the blocking of roads and drains in the suburbs of Shimla.
The waste in the flooded drains and roads is not only resulting in hazards to the local environment but also creating trouble for the commuters on National Highway 5.

Speaking to ANI, National Highway Supervisor, Pradeep Kumar said, “Due to rain, waste keeps piling up. We’re clearing this with the help of machines. We’re facing difficulty as people keep littering roads and drains. We appeal to them to cooperate with us. There’s ban on plastic but people still use it for packaging.”

Plastic waste can be seen piled up in different parts of Shimla, including Tutikandi bypass area and National Highway 5.

“This waste blocks roads getting into farmlands and damages crops. It also enters water bodies, contaminates them and spreads diseases,” said Veerbahadur, a local resident.
The Area starting from Taradevi region to Tutikandi bypass area here on the National highway can be seen flooded with plastic polythene waste from the town. The waste can be seen flowing on the road here between Lalpani and Khailini suburbs of the town.