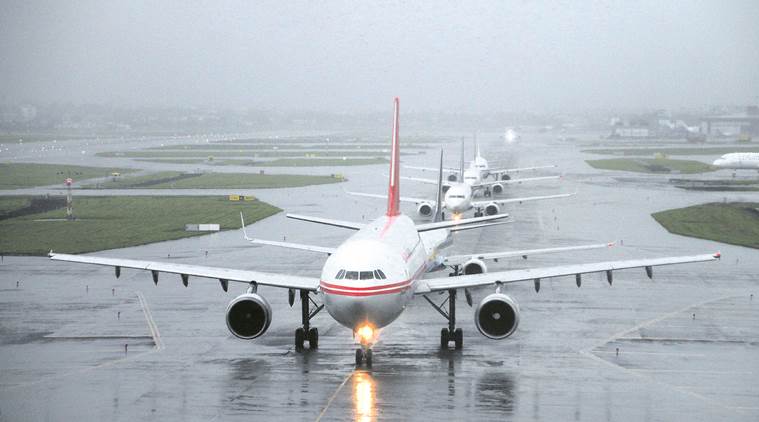 New Delhi: Up to 27 flights were diverted from Delhi’s Indira Gandhi International Airport (IGIA) on Saturday evening when the national capital was hit by dust storm, strong winds and rain and plunged the city skies into pitch darkness.

The sky turned completely dark at 5 p.m., about two hours earlier than usual, when the city witnessed a sudden change in the weather condition.

Though the operations were restored later, 27 flights were diverted between 5-6pm to nearby airports, according to IGIA authorities.

However, the change in the weather has brought relief for the Delhiites from the scorching heat.

Mumbai too witnessed heavy rain today, in the morning, leading to severe water-logging on the streets.

In this regard, trains on Central Railways suburban are running with a delay of 10-12 minutes, though there is no cancellation at present.

Monsoon has already hit Kerala, Tamil Nadu, Andhra Pradesh, and the North-East, and will move up north from Maharashtra in the coming days.

35 flights have been diverted to other nearby airports by 11 pm.