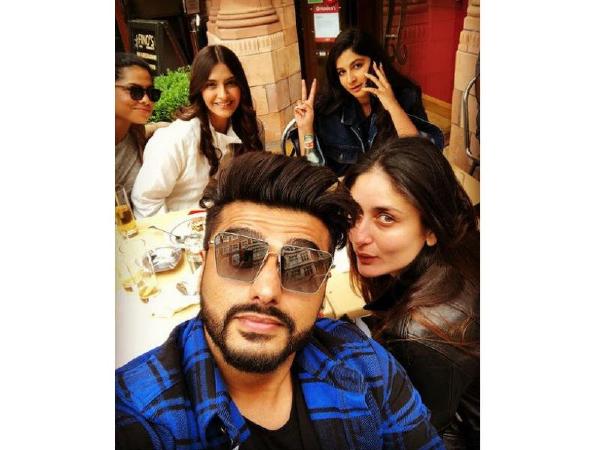 Kareena Kapoor, Swara Bhaskar, Sonam Kapoor and Shikha Talsania worked really hard on their film ‘Veere Di Wedding’ and as it is said ‘Work Hard and Party Harder’ so, Bebo and Sonam are following the moto. They are having a success party of ‘Veere Di Wedding’ in London with Arjun Kapoor who is shooting for ‘Namaste England’ with Parineeti Chopra there and Rhea Kapoor is also there.

He posted a selfie of him with the Veeres and cousin Rhea Kapoor: “I get to celebrate the success of Veere in London with the Veeres,” Arjun captioned another selfie. Sonam also shared his posts on her own Instagram stories. Veere Di Wedding has made Rs 50 crore in six days. It had made Rs. 36.52 crore in its opening weekend itself, making it to the top five-weekend grossers of 2018.