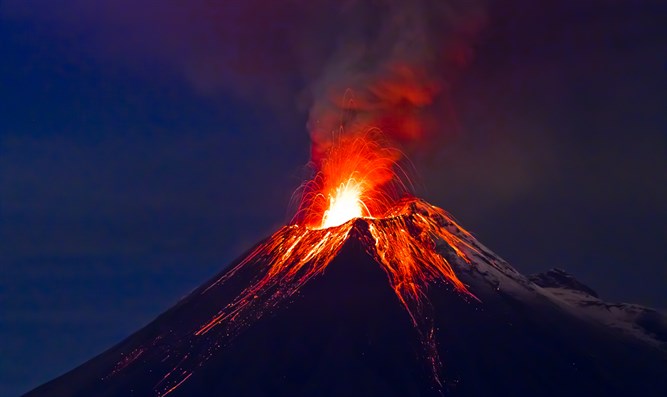 At least twenty five people died and 20 others were injured after the Fuego volcano erupted near Guatemala City on Sunday which spewed red hot lava with thick clouds of smoke nearly six miles into the air.

The volcano, situated about 40 km south-west of Guatemala City has been spouting ash and black smoke into the sky, which has spread to the capital and other places, according to the reports.

Due to this, operations at the La Aurora International Airport in Guatemala City has been closed and several people living near the volcano have been evacuated.
As per reports, the lava of the Fuego volcano-ravaged a nearby village, causing heavy casualties.