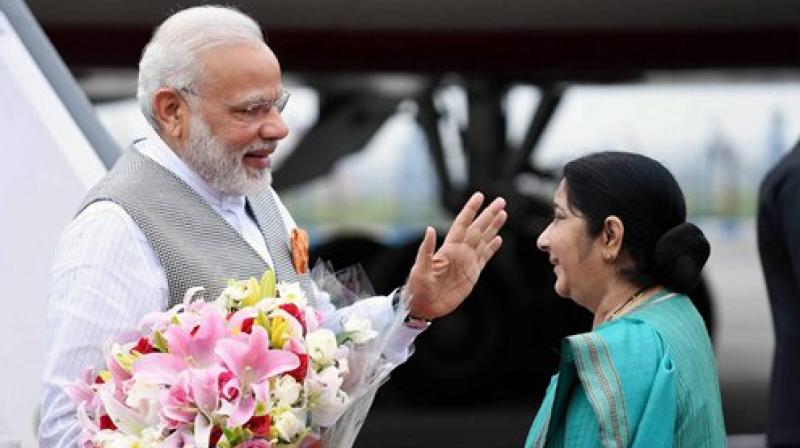 Prime Minister Modi visited the three nations which are part of the Association of Southeast Asian Nations (ASEAN) to boost the Act East policy.

During his visit, he met Indonesian President Joko Widodo and discussed a range of bilateral issues including shared economic ties, academic and science cooperation, fostering tourism and culture, and maritime relations.

He then had a brief stopover in Malaysia to call on his newly-elected Malaysian counterpart Dr. Mahathir Mohamad in Putrajaya.

Further, in the last leg of Prime Minister’s visit, he went to Singapore where he called on Singaporean counterpart Lee Hsien Loong.

The two countries inked a total of 14 MoUs. There Prime Minister Modi highlighted his government’s initiative for Digital India as he launched the ‘Bhim’ mobile phone application, RuPay, and UPI-based remittance app in collaboration with the State Bank of India.