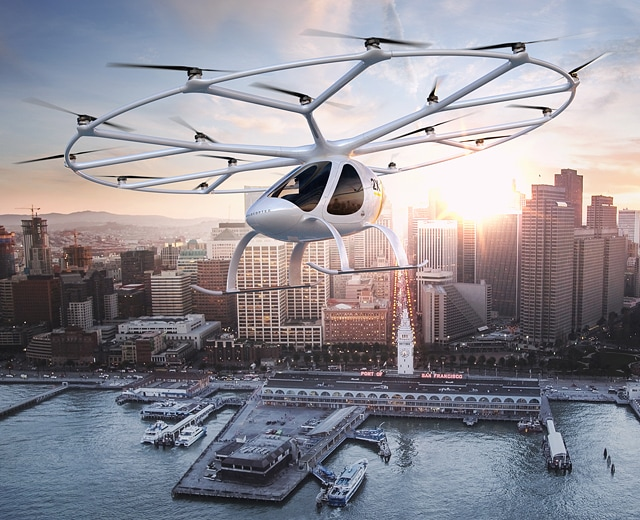 Ever thought of being dropped off at a nearby destination by a helicopter? An air taxi start-up from Germany, Volocopter GmbH, has built an electric helicopter, which can do 10,000 rooftop pickups a day. Displayed in Germany’s Bruchsal, the Volocopter 2X, is a two-seater helicopter that can be flown pilotless. However, to begin with it will be manually piloted to ensure the passenger’s safety.

Besides Volocopter, many start-ups in Germany are engaged in designing aircraft that can be used as robotic taxi. Such taxis kill two birds with one stone – help commuters avoid traffic and lower environmental impact.

The Volocopter 2X complies with stringent German and International safety standards in all critical areas. All communication networks are connected via latest optical fibres. There are numerous support systems (100 microprocessors) for control and stabilization.

The 18 rotors operate within a narrow frequency band, only twice as loud as one single rotor. The Volocopter can be controlled by a single joystick. Even if the pilot was to leave the joystick it would retain its prevailing position automatically and in areas where autonomous operations are possible it can fly on its own, pilotless.

As it runs in electricity, it does not have a combustion engine, no direct emissions.  Fuel is replaced with economic electricity, its maintenance, repair and overhaul is reduced to a minimum through the avoidance of complex mechanical components.

It is also the first multicopter which has a permit to fly.