Home Music & Entertainment Salman Khan posts a picture of ‘his love’ watching him perform to... 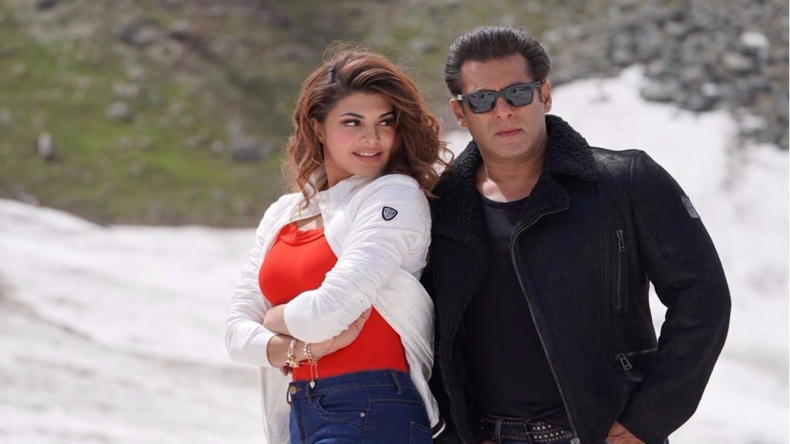 Bollywood superstar Salman Khan has been making the headlines ever since his upcoming film ‘Race 3’s’ trailer released. His new song, ‘Selfish’, which released last week, is going viral. The latest buzz around the song is due to the recent picture posted by the actor.

The ‘Wanted’ actor posted a picture of his dog watching his song on TV and captioned it:

Salman Khan turned lyricist for the first time and has penned the song ‘Selfish’ while Atif Aslam and Salman’s rumored girlfriend Iulia Vantur added soul to it with their melodious voices. Iulia Vantur will make her singing debut with this song.

With it’s release scheduled on the festive season of Eid, ‘Race 3’ is expected to be a complete package of action, family drama, suspense, romance. Starring an ensemble cast of Salman Khan, Jacqueline Fernandez, Anil Kapoor, Bobby Deol, Saquib Saleem and Daisy Shah, the action thriller is undoubtedly one of the most-awaited films. Produced by Salman Khan Films and Ramesh Taurani under the banner of Tips Films, ‘Race 3’ is directed by Remo D’souza and will hit theatres on June 15, 2018.