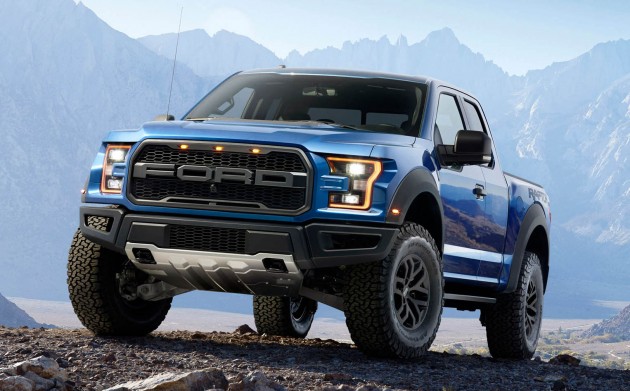 If you are the fan of off-road vehicles then it’s a good news for you as Ford’s F-150 Raptor is getting even better for the 2019 model year with upgrades focusing on some key components that make the Raptor a true benchmark for off-road trucks.

There’s already more than enough power and torque on tap under the hood of the mighty Ford pickup, but delivering the ultimate high-performance off-road truck is about much more than just engine power, it also has a lot to do with the suspension. And the Raptor’s suspension upgrades for the 2019 model year make it even more capable of clawing away at the terrain than it is already.

The main upgrade is the addition of class-exclusive FOX 3.0 Internal Bypass shocks with Live Valve technology, which can adapt themselves to the terrain in real-time to actively maximize handling, comfort, and bottom-out resistance. The 2019 Raptor will also boast New Trail Control, which is a system similar to cruise control for low-speed, rugged terrain that automatically adjusts to send power and braking to individual wheels so drivers can stay focused on the important job of steering. And to keep you in your seat when navigating the kind of terrain the Raptor is designed to handle there are also some all-new Recaro seats.

Hermann Salenbauch, the global director of Ford Performance vehicle programs says of the truck: “Raptor’s success is rooted in its incredible suspension, superb vehicle control and the confidence the truck instils in its owners. Upgrades to the 2019 F-150 Raptor have improved all three to new levels that the competition will have to benchmark – again. By automatically varying compression rates, Raptor can now make the most of its suspension travel of 13 inches at the front and 13.9 inches at the rear. The 2019 Raptor is not just more capable off-road. It’s smarter.”

The already-aggressive exterior gains even more intensity for 2019 thanks to a number of eye-catching new colours that include Ford Performance Blue, Velocity Blue and Agate Black, and we’ll be seeing them on the upgraded 2019 F-150 Raptor when it goes on sale later this year.