Home Home Slider Did you know of ‘Towel Day’? Here’s the reason to celebrate it 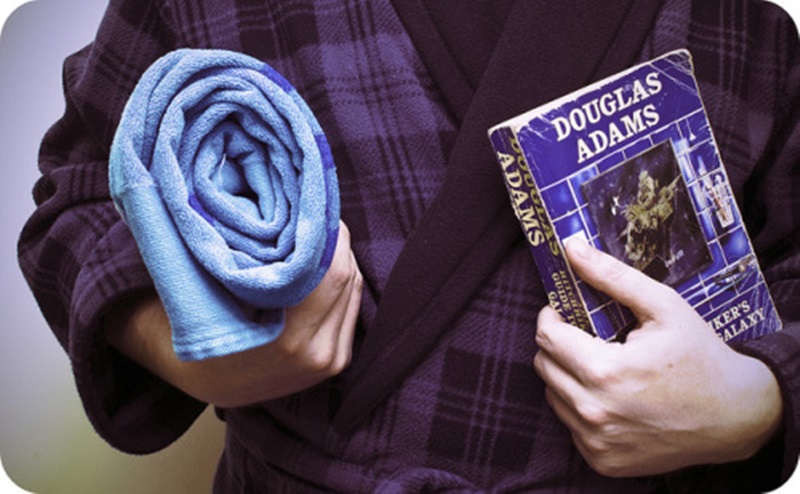 If you find someone holding up a towel at around you on May 25, or twisting it to form animal shapes or raising it high in an apparent bid to hitch a ride on a spacecraft, don’t laugh!  It indeed is Towel Day.

In the age of calendar odes, with days dedicated to mothers, fathers, friends, doctors and even groundhogs, May 25 is for diehard fans of Douglas Adams, the author of the hugely popular ‘The Hitchhiker’s Guide to the Galaxy’. And they pay homage on this day to the science fiction writer who underlined the all-important role of a towel in the first book of the five-part series.

Towel day was first celebrated on May 25, 2001, two weeks after the death of Adams at the age of 49, when a group of fans decided to honour his memory by celebrating the humble, yet most essential, piece of cloth.

Since then, Towel Day has become an annual tradition for his fans around the world. In India, too, Towel Day is slowly getting recognition.

Across the world, the day is marked with pictures posted by people of their towels with a #TowelDay hashtag on social media. Some rabid fans go to work with their towels, host parties and serve drinks described in the Hitchhiker series.

The idea of paying tribute to the author with towels stems from a section where Adams explains its importance to interstellar travellers.

In 2015, European Space Agency (ESA) astronaut Samantha Cristoforetti marked the Day aboard the International Space Station. In addition to recording a video where she read out from the series, Cristoforetti tweeted pictures of herself and other ISS astronauts with their towels.

Numerous pubs and cafes in the US, Brazil and other countries offer to serve the Pan Galactic Gargle Blasters and Janx Spirit – drinks that Adams held up as among the many favourites across the galaxy.

Libraries and bookstores organise group readings of excerpts from the books. A fan-run website ‘towelday.org’ hosts a list of events organised worldwide.

The Hitchhiker’s Guide to the Galaxy started off as a radio series in 1978. Following its popularity, the series was adapted into novels and TV series.