Home Home Slider Battle For Karnataka: When a candidate won by 1 vote and other... 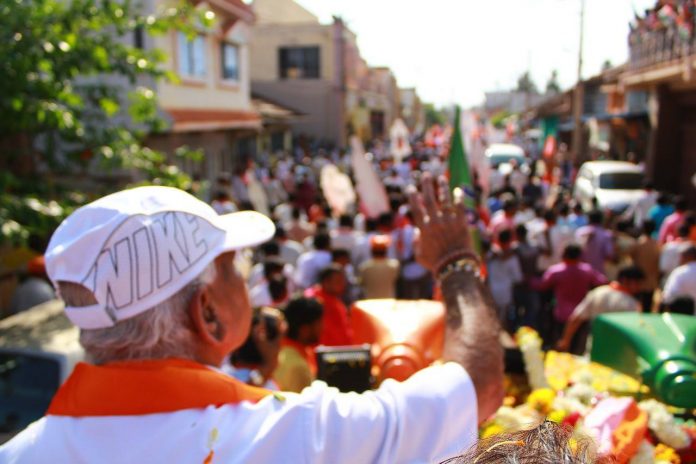 Bengaluru: The verdict of the high stakes Battle For Karnataka will be out on Tuesday. It will answer the existential question for Congress that has been losing assembly elections state after state to the Bhartiya Janata Party. For the BJP it will be an indication of the mood of the nation for the upcoming 2019 General Elections.

The high pitched campaigning in the state had a voter turnout of 72.13%.

Let’s take a look at some quick facts:

The Richest, Oldest, and Candidate with the Highest Liability

Chamundeshwari, Mysuru: One of two constituencies from which Chief Minister Siddaramaiah of the Congress is contesting. His main contender is G.T. Devegowda of the JD(S), who won the seat in the 2013 Assembly election.

Badami, Bagalkot: The second constituency from where Siddaramaiah is contesting. His main contender is B. Sriramulu of the BJP.

Molakalmuru, Chitradurga: Second seat from which BJP’s Sriramulu is contesting.

Varuna, Mysuru: Represented by Siddaramaiah till he decided to vacate it for his son Dr Yatindra, who will be making his poll debut.

Channapatna,  Ramanagaram: One of the two constituencies from where Kumaraswamy is contesting. His wife fought the election from this seat in 2013 and lost.

Vijayanagara (Bellary): This seat is interesting – a tainted mining baron, Anand Singh, had won it for the BJP in 2008 and 2013. This time, Singh is contesting on a Congress ticket and his main rival is H.R.Gaviyappa, an ex-Congressman, who switched over to the BJP.

Koratagere, Tumkuru: State Congress chief and former minister G. Parameshwara is contesting. In 2013, Parameshwara had lost from the constituency to incumbent MLA Sudhakara Lal P.R. of the JD(S).

Kanakapura, Ramanagaram: Senior Congress minister D.K. Shivakumar won this in the last two elections (2008 and 2013) and is contesting for the third time.

Babaleshwar, Vijayapura: Congress leader M.B. Patil, who is a minister in the state government, is fighting from here against Vijugouda Patil from BJP. He won it in 2008 and 2013.

Melukote: Darshan Puttannaiah, a techie is being supported by the Congress.

Follow NewsMobile for in-depth coverage of Karnataka Polls on May 15th.