Home Home Slider Congress will be back: Siddaramaiah 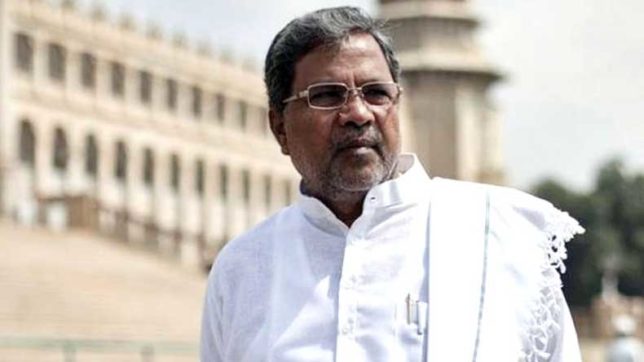 Karnataka Chief Minister (CM), Siddarmaiah has expressed confidence today as the state goes to polls that Congress will be back to form the government with a clear majority.

He asserted that the poor from all communities were with the Congress. Commenting on the speeches by the Prime Minister, Narendra Modi, he said that they were “hollow and did not make any impact on Kannadigas.”

Responding to the BJP’s CM candidate, BS Yeddyurappa’s statement that he would form a government in the state on May 17, Siddaramaiah quipped, “he’s mentally disturbed now.”

Siddaramiah is contesting from two constituencies, Badami and Chamudeshwari.

Polling at 58,546 polling stations across the state is underway for 222 out of 224 assembly seats.

The elections in two constituencies, Jayanagar and RR Nagar, has been postponed.

A total of 2,654 candidates are in the fray and 4.96-crore electorate, including 2.44 crore women, are registered to cast their votes. Over 15 lakh people are first-time voters in the 18-19 age group.

The counting of votes and announcement of results will take place on May 15.