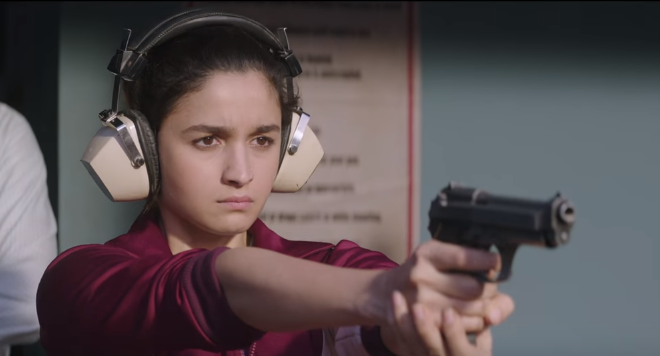 Raazi is an espionage drama with a difference. Its a story, which, in Meghna Gulzar style, is a lot more above emotions and sentiments that it is about thrills.

It’s the story of a Kashmiri girl Sehmat whose father is a double agent and an Indian patriot to the core. When he decides that his naive 20 yr old girl will carry forward his legacy of service to the nation, she doesn’t flinch before agreeing. And hence gets married to the son of a senior Pakistani armed forces personnel’s son. She gets an extensive training beforehand and learns all the nuances of secret codes, more code, self-defence and knowledge of the undercover support network in place in Pakistan.

She not only daringly keeps a tab on the important information, passing it on to Indian authorities but also shows exemplary physical and emotional courage on facing tough situations. While that invaluable information played a very important role in India’s victory in 1971 war, what was the consequences of her actions on her and her family ‘s life is what this story beautifully and emotionally conveys.

Alia delivers another mature and superb performance as Sehmat. She’s introduced as a delicate loving girl and a doting daughter. Then we see a brave girl who has patriotism in her blood. She flounders briefly in the extensive and harsh training but ultimately holds on. And then when she’s across the border, we see a braver woman who surprises us with her presence of mind and her nerves. This amazing and gradual transformation of persona, the amalgam of emotions often portrayed by her character were completely natural and superb.

Vicky Kaushal plays her husband and has given a praiseworthy performance. In a small role, with nothing much to say, he portrays a quiet understanding, respect, love, support and pain. This actor deserves admiration for the wide ambit of roles he attempts and excels (Masaan, Raman Raghav amongst the prominent ones )
Another role worth mentioning is of Mir, who plays the Indian Intelligence guy who trains and supervises Sehmat and is a constant support for her. He brilliantly portrays a mixture of concern (as her father ‘s friend )and sternness (as the intelligence chief ). Mir is played by Jaideep Ahlawat (Gangs of Wasseypur, Commando 1 ). It was good to see the able actor in a prominent role.

Music by Shankar Ehsaan Loy teamed up with Gulzar ‘s lyrics is beautiful. Especially the number Dilbaro is a class apart vidaai song with meaningful lyrics that impel intense emotions. Ae Watan is also remarkable and invokes nationalist feelings in spite of its subtleness.

Nitin Baird’s editing keeps the pace gripping. Screenplay by Bhavani Iyer and Meghna Gulzar finely balance the human and emotional touch to this drama which has tense moments like that of a thriller.

Meghna Gulzar’s deft direction has churned out yet another good film that gives you a balanced mix of a good story, mild thrills, great performances, a meaningful message and lot of emotions.